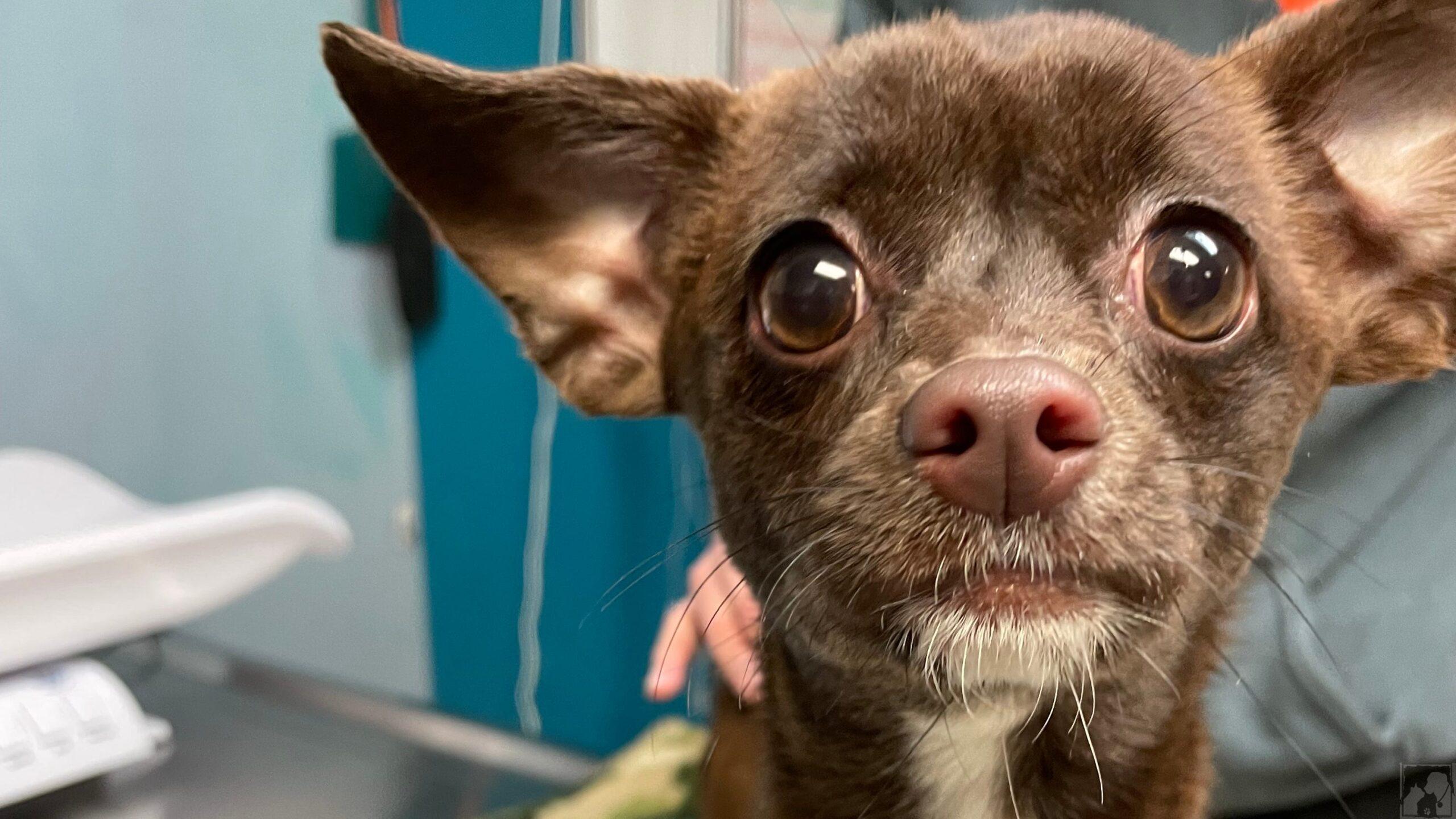 VINELAND – A Chihuahua found crammed in a urine-soaked duffle bag dumped along the railroad tracks is lucky to be alive, shelter officials said on Monday.

A dog walker discovered the discarded bundle behind Gerresheimer Glass Co., just off Crystal Avenue near Park Avenue, on Saturday. His dog started to bark and sniff at the knotted green bag stuffed with several other bags.

“That was when he noticed the bag moving and heard something,” said Jessica Morrison of the South Jersey Regional Animal Shelter. “He very quickly scooped it up and brought it over here to us.”

The crew at the North Delsea Drive animal haven cut through the three bags that confined the female Chihuahua.

“She was in a mesh duffle bag, that was then in plastic shopping bag,” Morrison said. Those two bags were tied up in the cloth shopping tote.

Timing of the rescue was critical.

“I don’t know how much longer she would have had,” Morrison said.

Once freed, the dog showed signs of distress.

“She was trembling, she fell over on her first steps,” Morrison said.

Shelter officials said they are “sickened by a blatant act of animal cruelty.”

They have posted a $1,000 reward for the tip that leads to the arrest and conviction of the person responsible.

“This was very intentional,” Morrison said. “I can’t even wrap my head around it.”

The dog, dubbed Coco, is about a year old.  She remained the shelter for several hours, where she was seen by a veterinarian.

There were no outward signs of trauma, but the dog was underweight and dehydrated.

“Despite that horrific incident, and it must have been traumatizing for her, she is still sweet and affectionate,” Morrison said.

Coco is now at a foster home.

“We’ll probably keep her there for a few weeks while she recovers from all of this, and we get to see what kind of home she really needs,” Morrison said.

Coco does not match the descriptions posted in any missing dog reports. No identifiers were found in the bags.

The animal shelter has received many well wishes as well as inquires about Coco.

“There are quite a few people interested in adopting her,” Morrison said.

While Coco is not available at this time, Morrison said, the shelter has 57 dogs and 128 cats looking for homes.

“Everyone of them back there has a story too, we may not know it and it may not be as attention grabbing,” she said.

Anyone with information about the cruelty case is asked to contact Vineland Police at 856-691-4111.

Source: A dogwalker found a dog in a duffel bag. Now there’s a reward to find who dumped the dog