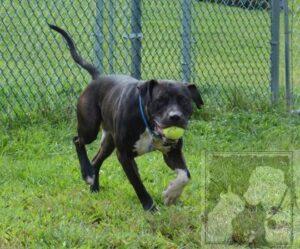 Well, the big day has come and gone. What a day it was!

The "Clear the Shelters" event proved to be a bright new beginning for 45 homeless pets from our shelter. Twenty-three dogs, 19 cats and three chickens have left the building. Of the six animals featured in last week's column, two were adopted. Rhonda, a sweet old dog that had been with us since March, was adopted by a young family that fell in love with her calm, loving demeanor. Helios, one of the kittens from the cruelty case involving the adult cat whose tail was set on fire, was the lucky one from his litter of three to have found a home.

Fortunately, we had lots of other successes, too!

Two of our geriatric dogs, Terry and Hammy, found new homes. The two old guys would make your heart melt with their gray muzzles, thinning coats and rickety bodies but they weren't exactly what most people are looking for in a new pet. Terry is a little Beagle with a bit of head tilt on top of his advanced age, but a young man that recently suffered the loss of his dog had an instant connection with him. The man had not come in for another pet, not yet sure he was far enough along in the grief process to start anew; but one look at the little Beagle and he knew he had to have him.

Hammy was part of a three-fold adoption; two sisters came in looking for dogs and ended up also calling up a friend to come in and check out the event. Within a couple of hours, all three had chosen a new companion and Hammy was one of the lucky ones!

Two of our rather persnickety cats that we have been trying to get adopted as "working" cats finally got their ticket to freedom. Cayenne and Olalla are two of our felines that have literally spent months at the shelter. They're both saucy little ladies that love to love you but on their terms only! We have been hoping to get them out as barn cats or some sort of rodent control jobs but hadn't found the right situation for them until last Saturday. Hopefully they are enjoying their work and their new freedom.

mpty kennels and cages, but this time of year, they fill up as fast as they empty out. The very next day cats and kittens came in and filled up the cages again.

We do, however, have one more great opportunity to get a half dozen of our long-term pets out to homes. The Wednesday before the big event, Kim Taylor visited us and brought us a van load of donations that she had been collecting in memory of her beautiful daughter Lexi. Kim had experienced an outpouring of generosity when she put the word out about her plan to honor her daughter. Along with an incredible amount of much-needed pet supplies, Kim is sponsoring the adoption fees for three dog adoptions and three cat adoptions.

Our canines most in need of adoption are Betty Boop, Smurfette and Kenya. The three dogs along with felines Sasse, Felicia and Driftwood, will all have their adoption fees waved for qualified adopters. These six pets have collectively spent EIGHT HUNDRED AND SIXTEEN DAYS in the shelter. Kenya has the most time racked up with more than six months. These resilient dogs and cats are desperately in need of someone to care for them and appreciate them for all that they are. Hopefully Kim's kind gesture will motivate one of you to give one of them a second chance.