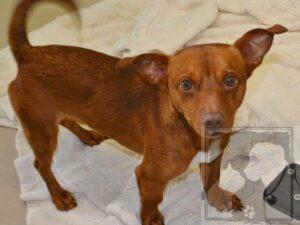 Last week we found a spider in my daughter’s room. She was picking out a book to read for her bedtime story, and there it was – a medium-sized, dark black spider, creepily illuminated by her glowing nightlight. She screamed and ran to me: “Mommy, that spider is scary! Can we please kill it?”

Now, in my house, the only victims of death threats and murder are flies and mosquitoes (because disease). Everything else, spiders included, get a free pass. They are typically left to their spin their webs, crawl on the floor or accomplish whatever it is that bugs need to accomplish, which almost never bothers us. If they are just too freaky in appearance or become a bother, they are carefully removed and placed outside.

I’m not sure why, but I can’t bear to kill or cause suffering to another being for no reason. Sure, this causes some inconvenience … instead of washing an intimidating spider down the drain, after discovering him crawling on my shower curtain, uncomfortably close while I’m in a vulnerable state – I have a conversation with him about respecting personal space. Also difficult is walking anywhere after rain … can’t move 10 feet without having to complete 10 worm rescues. People watching must think I’m nuts, but I would rather be this way than not.

Back to the storytime spider. I immediately see this as a teachable moment. “You think you are scared of the spider? Look how little he is, and look how big you are!” She thinks about this. Then I pull out one of my favorite books from my own childhood, “Sophie’s Masterpiece” by Eileen Spinelli. This beautifully illustrated story tells the story of an arachnid named Sophie who, despite creating beautiful works of webs, was kicked out of home after home by humans who are scared of her, only to find herself sharing an apartment with a tolerant young woman as her life nears its end. Sophie’s final work of art is a beautiful blanket for a newly arrived baby, in which she weaves snowflakes, wisps of lullabies and finally her own heart.

After reading the story, my daughter reconsidered her death sentence. I could see that she was able to look at this creature in a different way and consider not just how does this make ME feel, but how do I make this other living being feel? That’s a powerful way to think. Imagine if all children learned to think about how their actions affected not just themselves, not just other people – but all living things?

At a time when anger and violence seem to be escalating, it is especially important that we teach empathy to our youth. It is so very important to teach children how to care for each other, and what better way than to start with the creatures who share our world? And when that empathy is absent, we need to be concerned.

A University of Washington study by Eric Madfis and Arnold Arluke revealed that 43% of school shooters had reports of animal cruelty in their histories. And specifically, types of cruelty that require hands-on violence and prolonged suffering – acts that turn my stomach to even consider. Animal cruelty should never be brushed aside or considered “normal.” It is important to report and to address not only because animals do not deserve to be hurt and need justice when they are, but also because if someone is willing to hurt an animal, how far are they from being willing to hurt a person?

Schools and shelters are doing their best to provide humane education and develop curriculum that incorporates social skills. But as parents and neighbors and citizens, we lead the way by modeling empathy regularly and confidently. And while today the recipient of my daughter’s empathy is a spider who now has a permanent home by the nightlight, she is acquiring the tools needed to allow her to make a real difference – for the better – in the life of a lonely or suffering or scared animal or person. Every small act of kindness has the potential to make a world of change.

If you are looking for a place to start, consider a book. These are just a sampling of the many works of literature that can help teach important life lessons:

Source: Along came a spider, and an important lesson