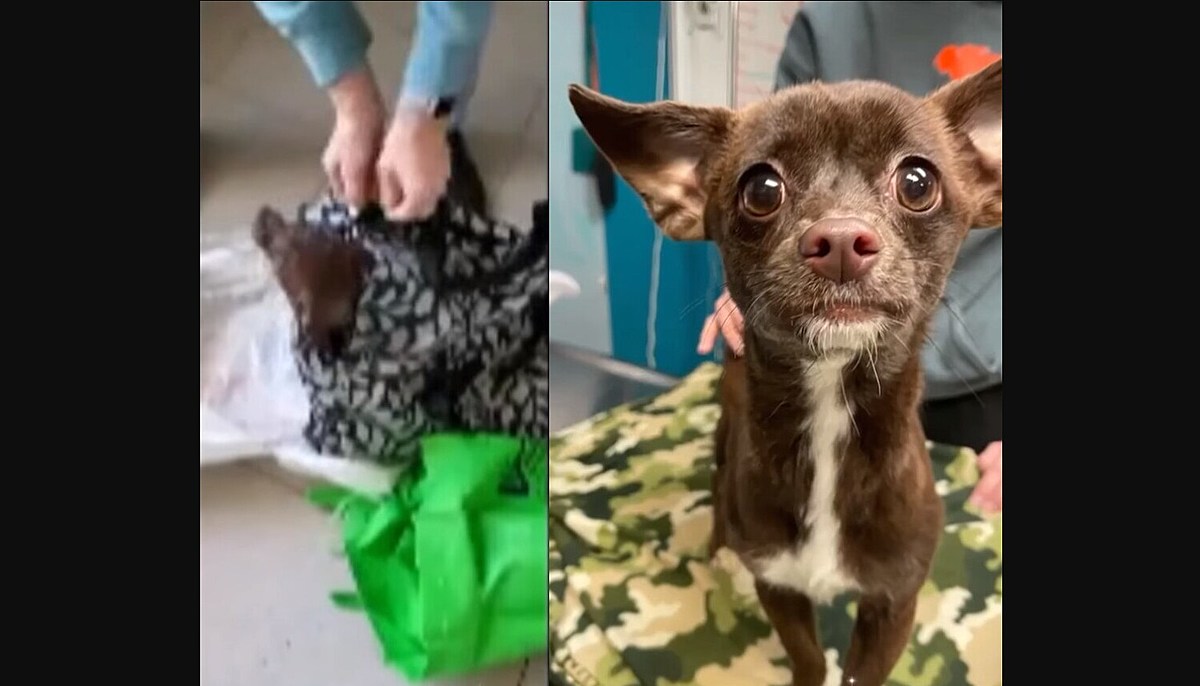 A man walking his dog along railroad tracks in Vineland on Saturday made a disturbing discovery, according to a post on the South Jersey Regional Animal Shelter Facebook page.

As the man and his dog passed a bag on the ground near the tracks, his dog reacted to the bag. Then the man saw the bag move and heard something inside.

The man brought the bag to the South Jersey Regional Animal Shelter. When the bag was opened, two more sealed duffle bags were found inside of it.

In a video on the shelter’s Facebook page, a shelter tech is seen cutting open the third bag, and a visibly shaken young female chihuahua they named Coco is found inside.

The bags and Coco were covered in urine, according to the shelter’s post. The dog was scheduled to be evaluated by a veterinarian later in the day Saturday.

The South Jersey Regional Animal Shelter reported what they are calling a ” horrific act of cruelty” to Vineland Police and they are asking anyone who has any information concerning Coco to contact the police at 856-691-4111.