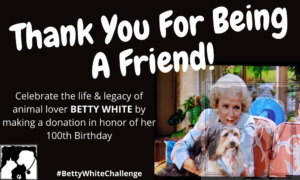 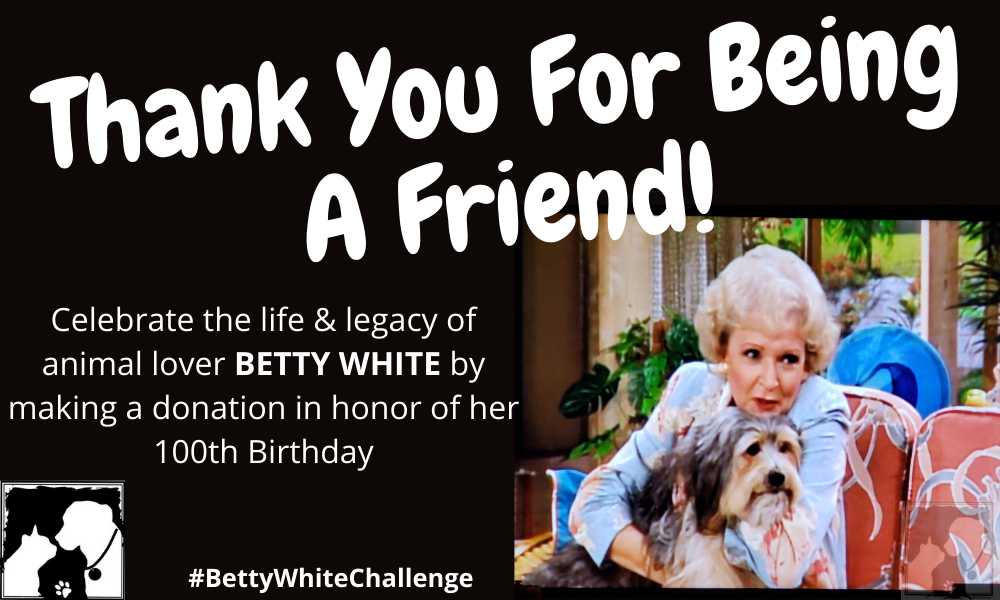 South Jersey animal rescue groups are starting to benefit from an online challenge to fans of the late actress Betty White.

The #BettyWhiteChallenge urges people to give $5 or more to an animal protection or adoption nonprofit on Jan. 17,  which would have been the performer’s 100th birthday.

White, known for her devotion to animals, died Dec. 31 after an 80-year career in show business.

Meanwhile, pleas for donations honoring White are popping up on website and Facebook pages of South Jersey animal shelters and rescue nonprofits.

Unforgotten Haven, a Blackwood-based charity, responded to an urgent call last week by Homeward Bound for cat food at its center.

Unforgotten Haven supporters donated enough money for the purchase of 72 cans of cat food and 900 pounds of dry cat food and delivered them.

“We could not wait ’til Betty’s Birthday as the cats are hungry now!!! So we honored her today,” said a post on Unforgotten Haven’s Facebook page. “Hopefully Betty White is smiling down from Heaven as we honor her a few weeks early.”

“We would like to greatly thank Unforgotten Haven for the amount of cat food. It was truly a lot and will go far to help feed our 300-plus cats daily in our shelter,” Rivera said.

“They were both first-time donors who said they were giving their money because of the Betty White Challenge,” she said.

Additionally, one of the orphanage’s longtime donors, Bruce Epstein, proposed a greater challenge to those who can afford it — a $100 donation to match White’s near-century of life.

The Burlington County Animal Shelter, which this month is offering free adoption, has had phone inquiries about the Betty White Challenge and hopes to receive donations Jan, 17, said county spokesman David Levinsky.

At Homeward Bound, Rivera called White “a grandmother to us all.”

Perhaps best known for her portrayal of Rose Nylund in the 1980s smash sitcom “The Golden Girls,” White enjoyed a lengthy career in film, scripted television, game shows and more.

A longtime animal advocate, White worked with the Los Angeles Zoo Commission, The Morris Animal Foundation, African Wildlife Foundation and Actors and Others for Animals.