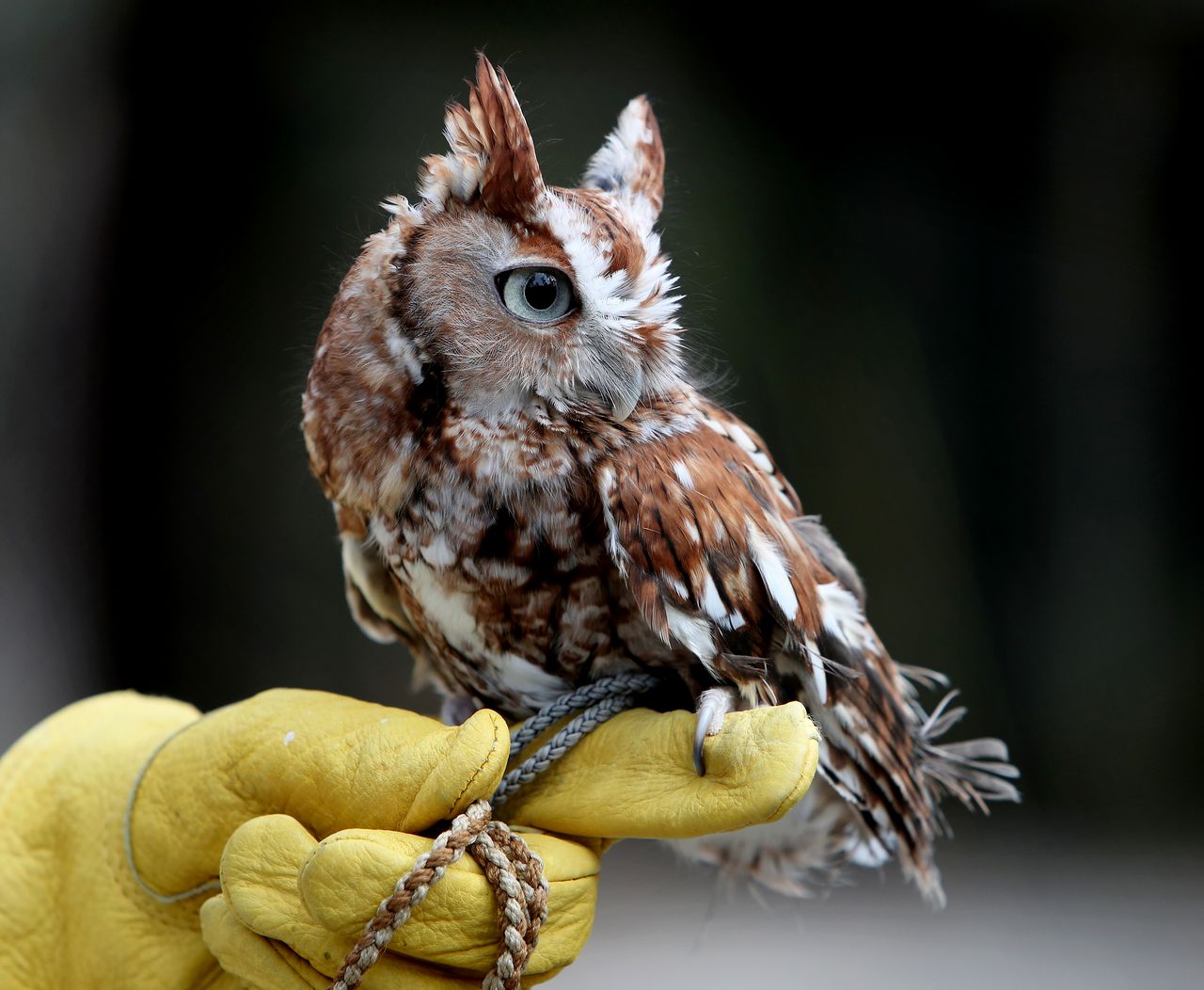 It’s not often you see items like leather safety gloves, freeze-dried brine shrimp, and bug spray on a baby shower wishlist — but this isn’t your typical baby shower either.

Woodford Cedar Run Wildlife Refuge in Medford is holding its third annual Wildlife Baby Shower Sunday, Feb. 27, as it prepares for the upcoming arrival of thousands of injured and orphaned wild animals at its Wildlife Rehabilitation Hospital.

“We take in everything from baby field mice all the way up to whitetail deer, fawns, coyotes and foxes,” said Heather Evans, assistant director of wildlife rehabilitation and volunteer coordinator at Woodford Cedar Run. “You name it, we pretty much take it — if you can find it in New Jersey.”
Birds often arrive at the refuge’s hospital due to injuries from collisions with cars, power lines or windows. Baby birds and squirrels sometimes become injured from falling out of their nests — a windy day often negatively affects newly born wildlife. Animals like raccoons, foxes, and deer may arrive with injuries from being hit by a car.
“A lot of the animals that we get in are squirrels, and baby squirrel season is coming up,” said Evans, adding that she expects the first of the baby squirrels to arrive within the next few weeks.

Staff and volunteers at the wildlife hospital work to stabilize and treat each animal that arrives. The primary goal is to rehabilitate and release each animal back into their natural environment. But sometimes an accident leads to a permanent injury which makes it unsafe for the animal to be released back into the wild. Injuries such as impaired vision or a broken wing would prevent an animal from being able to protect itself or finding food.

Woodford Cedar Run Wildlife Refuge has a Wildlife Housing Area to care for such animals. Harriet, one of a few resident red-tailed hawks, arrived in the fall of 2018 after being hit by a car. The injury to her left wing was severe enough that it left her unable to fly properly. She is currently being trained to be one of the refuge’s Wildlife Ambassadors.

Gemma, an Eastern screech owl, was found in Marlton in 2012, having suffered a left wing fracture from an impact injury which left her too flight-impaired to be released. Nazar, another Eastern screech owl, arrived at the refuge in 2016, and was found to be nearly blind. Both Gemma and Nazar are education team members.
But permanent injury is not how all of the 60 or so resident animals came to live at the refuge. When a human takes in a baby animal from the wild with the intention of keeping it, that animal becomes dependent on humans for the rest of their lives, as they have lost their natural fear of humans and do not know how to feed or protect themselves on their own, according to information on the refuge’s website.
Nod, an Eastern box turtle, was taken from the wild and kept in captivity. Due to an improper diet for the first part of her life, she now has a severe vitamin deficiency which is regulated with injections and diet.
Apollo, a turkey vulture, was found in someone’s backyard in 2014, believed to have had a flight injury. But upon closer examination, he was found to be imprinted — human raised — and unreleasable due to his inability to survive on his own.
Sassafras, a white-tailed deer, has been here since 2003. “She is another one of those stories, we all shake our heads,” said Evans. “She was found walking on the side of the road in Gloucester County with a pink leash and collar and she was about a year old when they found her.”

The Wildlife Baby Shower is being held on Feb. 27 from 1 p.m. to 3 p.m. at the Medford United Methodist Church, 2 Hartford Rd. Some of the refuge’s Wildlife Ambassadors, including Nod, will be there, and there will also be games, crafts and light refreshments. Admission is an item from the wishlist, or a $5 donation, per person.

If you can’t make it to the baby shower but still want to help, there are several ways to donate, including “Adopt a Wild One” and an “Guardians of the Wild” annual sponsorship, or purchasing items on the Amazon wishlist. The wildlife hospital admits more than 6,000 animals each year, and receives no local, state, or federal funding.

Woodford Cedar Run Wildlife Refuge, located at 4 Sawmill Road in Medford, is open daily from 10 a.m. to 4 p.m. Admission fees are $10 for those 13 years old and older and $5 for children ages 4 to 12. Children 3 years old and younger are free.