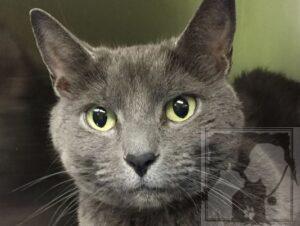 Last week, I opened up my Internet to a major news site’s home page. As the headline photos and headlines scrolled by I was intrigued by a picture of a Rhodesian Ridgeback dog leaping through the air with the title, “25 Dog Breeds that Shed the Least.” At first, I thought that I must be mistaken about the breed or that perhaps an editor had just chosen a stock photo of a dog that would capture people’s attention. I opened the story and, sure enough, there was the beautiful Ridgeback listed as a breed that sheds very little.

As I scrolled through the 25 dogs listed, I found several other breeds, such as the Pointer, listed as either “low shedding” or “shed just twice a year.” As a shelter worker who constantly advocates potential pet owners educating themselves on their particular species and breed choices, I was very disappointed that such a popular new source would spread such misinformation.

I had the pleasure of living next door to a wonderful Ridgeback for many years. Tish was a gentle giant, weighing in at around 100 pounds. Despite her spite size, she was quite stealthy in her movements. I often would get out of my car and suddenly find the old girl gently leaning against me to announce her presence and garner some attention. When she left my side, I would have a large swath of very short red hairs stuck to whatever clothing she had come in contact with.

I also spoke with a friend that had owned Pointers. When I mentioned the news story to her, she had the same reaction I did when told about Pointers making the list. She remembers having short, spiky hairs stuck in every soft surface of her house and clothing. Along with the seasonal shedding, they would also have bouts of excessive shedding when they got nervous – commonly referred to as “blowing their coats.”

Chihuahuas also were on the list. They may be tiny, but they also are very capable of leaving their fur all over you and your house.

A number of the dogs listed were said to require “minimal grooming.” This would be a much more accurate description of dogs like Ridgebacks and Pointers, although they can do a pretty good job of stinking up the joint if they don’t have regular baths.

I guess I was especially upset with this story because I know that many people are just starting to think about bringing a new pet into their home for Christmas. I would hate for them to be so misled by that story that they might make a bad decision on a particular breed. Shedding is a big issue for a lot of people, and it can be the cause of many pets being relegated to becoming outdoor pets. 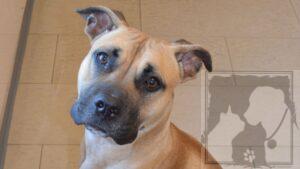 We all know that while there is a plethora of misinformation on the Internet, it also can be a great source for researching just about anything we want to know. When considering a pet, it’s important that you read as much as you can from different sources. It also helps immensely to speak with someone who has experience with the breed you’re considering. Keep in mind that cats and dogs have individual personalities and can be very different than others of their particular breed. Their particular genetic makeup along with their socialization and lifestyle, just like people, can produce many different temperaments and personalities. All of this makes a great case for adopting an adult animal – at least then you’re getting a known commodity.