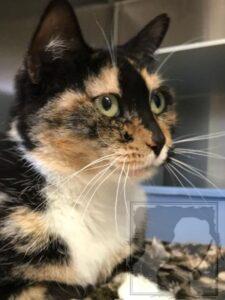 For the past nine years, the Cumberland County Society for the Prevention of Cruelty to Animals has held a Dog of the Year competition, and it has been one of the most successful fundraisers in the history of our organization. The contest is run with 12 of our adoptees vying to raise the most money to support the animals we are currently caring for in the shelter. It’s a wonderful way for the adopters of these beloved pets to show off their candidates while helping to ensure the future of homeless pets.

This year’s format was a bit different in that the dogs in the contest all belonged to our staff and board members. Whether in the hallways of the shelter or out in the cyber world, it made for some rough and tumble competition! When it was all said and done, the winner of the competition was none other than Rosco, a classy and dignified Schnauzer belonging to the president of our board of directors.

Rosco originally came to us as a stray from Carneys Point back in April 2011. A middle-age adult at that time, he was purebred, perfectly groomed, perfectly behaved, housebroken and mannerly. None of us could ever understand why no one ever came to look for this perfect little guy. Even after 30 years in this industry, I am amazed at the animals that are never reclaimed by their original owners. We receive a very large percentage of stray pets that have obviously been well cared for, trained and loved, yet no one comes looking. Well, apparently it was meant to be because that person’s loss was his new mom’s gain; a more perfect match was never made.

Rosemary and Rosco became constant companions. He was stubborn, independent and had a mind of his own; yet, he was well-behaved, loving and always up for a new adventure. He loved car rides and, when it was time to buy a new vehicle, the back seat had to have just the right set-up for Rosco to ride comfortably and it had to afford him a great view. He loved long walks, going to the dog park, and sniffing every blade of grass and every tree trunk he came across. Being so well-traveled, he also became widely known and loved by many. It was a successful adoption in every way, shape and form.

They were the perfect team to enter the Dog of the Year competition and they blew everyone out of the water, raising over $6,000. Sadly, though, in a heartbreaking turn of events, Rosco became ill during the summer and in spite of receiving the very best veterinary care, they were not able determine the source of his problem and he did not survive. It is a horrible thing to lose your four-legged soulmate. It is especially hard when they go before their time.

His victory as Dog of the Year is bittersweet, but it is gratifying to know that he was loved and celebrated. For everyone involved in the contest, it was a very emotional end to wonderful year of competition and camaraderie. Overall, the 2017 contest raised $18,000; the fight was so fierce that the third-, fourth- and fifth-place winners were with $16 of each other. We’re very proud of our two-legged competitors; they are comprised of a highly dedicated group of people who truly go the extra mile for the shelter.

The funds raised this year bring the total of the DOY contest over the years to more than $150,000. Imagine all the animals that have been saved by those efforts. Thanks to all of you who helped support the candidates with your donations – we appreciate you kindness.

Source: Bittersweet victory for SPCA’s Dog of the Year