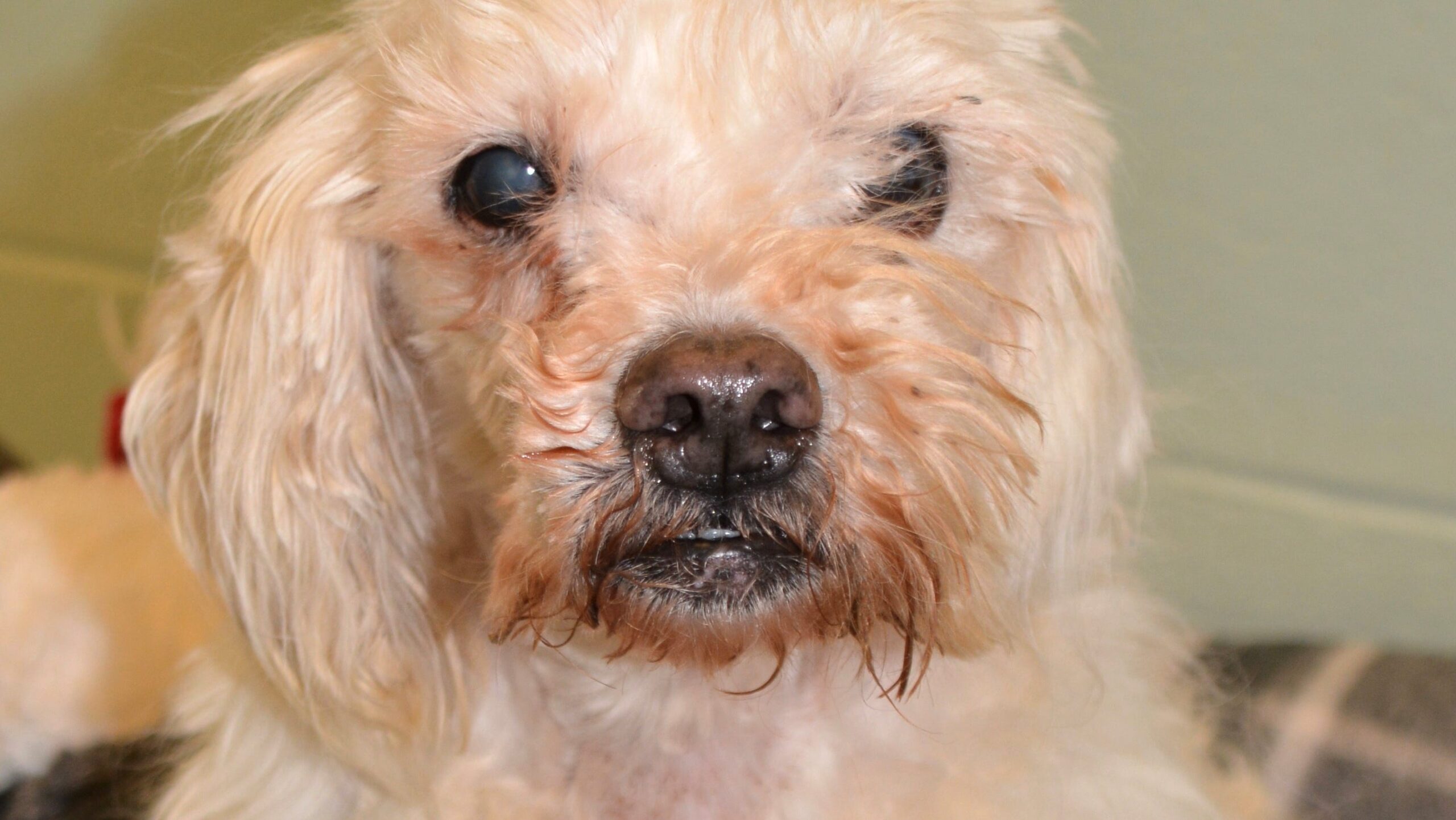 This past week one of the animal control officers from Vineland walked in with a small dog that, somewhere underneath all the built up grime and mats, was supposed to be white and fluffy. I was out of the building when he arrived but received a call asking if I knew of any groomers that could handle an emergency.

I immediately returned to the shelter to check out the little guy and see what could be done. It’s hard enough to get a spur of the moment grooming appointment, but as soon as I saw him, I knew it was going to be an hours long job making the possibility of finding one even harder.

In my many years here, I, myself have shaved down many matted dogs; but I had never seen anything like “Bixby.” The fur on his legs and paws had built up for so long that it had become hardened and actually felt like he had casts on all four.

One leg and paw was so bad that it was completely encapsulated from the shoulder down. He had a racquetball-sized gob of black, hardened wax and infection residue stuck under his right ear. You could hardly see his eyes behind the mats and detritus covering his face and snout. His ears alone had to be incredibly painful and there was no doubt that he would have to be sedated in order to shave him down.

Once we got him sedated and began to really examine his condition, it became clear that he had some serious infections going on underneath all of that mess. His one ear was so bad under the ball of hardened discharge that it was raw and some of the ear tissue had been eaten away since the infection had gone untreated for so long.

Signs of further infection on his legs and paws began to emerge as we made hard fought progress removing the matted ‘casts’ on his legs. It became clear that the job was too extensive and the infections too severe; he would have to be moved to a veterinary clinic to safely cut through the mats, debride the necrotic tissue and treat the infections.

Bixby is finally free of all the horrific mats and the awful buildup from the infections. He’s an older gentleman that will need some serious TLC to help him recover from what had to have been years of neglect.

We will be looking for a foster home, adopter or rescue that would be willing to take him in and give him the care and love that he is so severely in need of.

For information on Bixby, contact the shelter at adoptions@sjras.org.