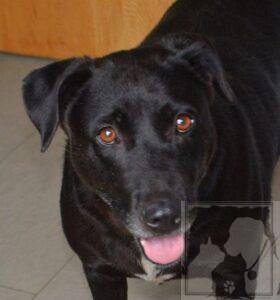 2018 is the first year that the South Jersey Regional Animal Shelter participated in NBC10/Telemundo’s national Clear the Shelters event. Across the nation, hundreds of shelters participate in hopes of finding homes for the many pets that fill our shelters. The event is scheduled for the time of year when intake is especially high, providing the home many sheltered animals have been waiting for and opening up more space for incoming animals that need care. Since 2015, over 200,000 animals have been adopted through Clear the Shelters days.

Shelters are able to participate in a variety of ways. For our shelter, we determined that discounting adoption fees was the best way. We believe a modest adoption fee encourages some thought about not only the adoption itself, but the future care that the animal will require. In addition, adoption applications were still processed as usual – we just had all hands on deck to speed up the process to enable animals to go home the same day. While we wanted to clear our shelter, we also wanted to make sure animals were going to great homes!

For South Jersey Regional Animal Shelter, the event was a nice success. Fifteen dogs were adopted, as well as 22 cats and kittens. There was an air of excitement around the shelter before and during the event; volunteers and staff were energized and excited to be part of something that could potentially benefit so many of our animals. And it felt really great to know that, at the end of the day, 37 animals were sleeping in homes rather than cages. And we now have a lot of interest of in other animals remaining in the shelter, who will hopefully be going home soon!

The event, however, is not without controversy. Many animal advocates are rightfully concerned about free adoptions. They worry that it devalues animals and they will end up the victims of cruelty. Recently, this fire was fueled by a story about a dog that was adopted at a “free adoptions” event and tragically died shortly thereafter. Initially, stories were reported that the dog had been terribly abused and killed; new reports have emerged that debunk that story. What really happened has yet to be determined. This story was used as an example as why free adoptions are bad. While this is a horrific example of something that went wrong, we have to be careful not to use a single story to represent an entire effort. In a world where there are millions of homeless animals who need homes, we have to keep our minds open and try to move forward with positive attitudes. If we choose to focus on the negative, we risk more than just this one particular event; we run the risk of turning down good adoptions based on fear.

Working in shelters for over 10 years, I have seen adoptions that I surely thought would fail wind up wildly successful. I have also seen adoptions that, on the surface, seemed perfect – lovely families, plenty of resources, great photo material – that wind up as miserable failures, in which the animal comes back in terrible condition.

For years now, the animal sheltering community has changed its stance on many formerly taboo topics (free adoptions, adoptions at Christmas, black cat adoptions at Halloween), and most of these reversals are based on research. If you have been a supporter of our shelter, you have seen our processes change to make our shelter more community-oriented. We believe that removing restrictions for adoptions makes the shelter more community friendly – and we need our community!

Clear the Shelters is over for this year, but we still hope that our community will rise and help make the rest of the year a success. Dozens of animals remain at the shelter in need of adoptive homes, our foster and volunteer programs are always seeking new participants, we continue to work with rescue partners near and far, and we have even more exciting developments coming up. We welcome you to be part of the solution to the homeless animal problem in our community.

Source: Clearing the shelter with an open mind