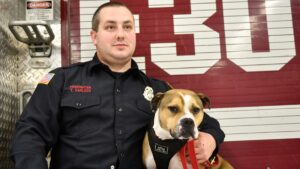 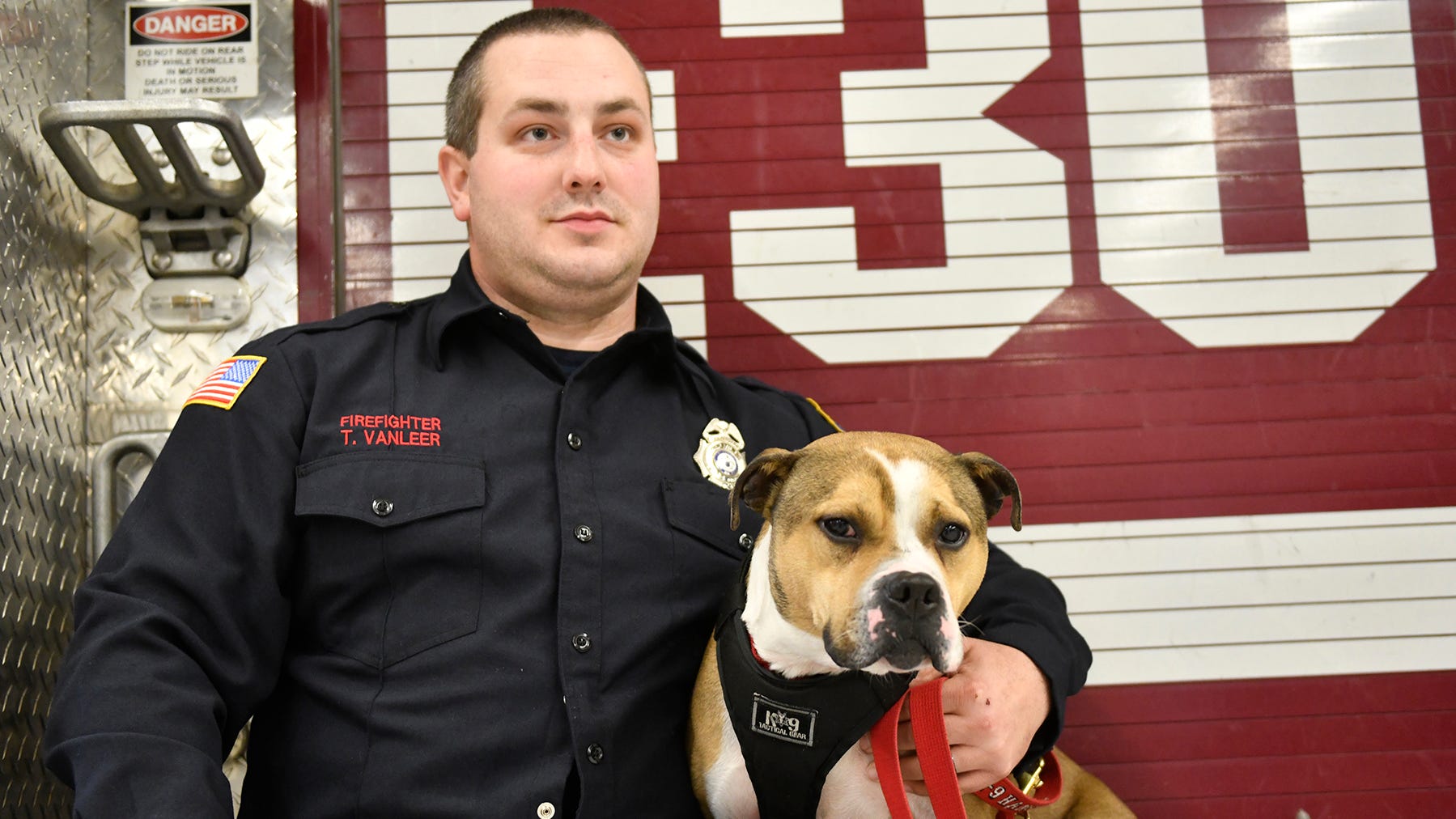 Congratulations to Millville’s hometown hero canine Hansel! K-9 Hansel was recently awarded an American Humane Hero Dog Award, he is the 2021 Law Enforcement and Detection Hero Dog of the Year! Hansel is an Accelerant Detection K-9 for the Millville Fire Department. He has overcome great obstacles to become the first ignitable liquid detection pit bull in the United States!

When Hansel was born, he lived in Canada and was born into every pit bull’s worst nightmare. Fortunately, at 7-weeks-old Hansel was seized and rescued from an alleged dog fighting ring. Unfortunately though, the province in which Hansel was rescued, Ontario, prohibits pit bulls from being kept as pets. Discriminatory and unfair laws like these result in 100s of dogs being euthanized for no good reason, but Hansel was lucky when a rescue organization fought for two years to save him. His life was spared, but he was banished from Ontario.

From there, he went to an amazing organization in Florida, Dogs Playing for Life. The team at South Jersey Regional Animal shelter has received training from the experts at Dogs Playing for Life; they taught us so many important skills about canine interactions and how to make the best of a shelter dogs time in a shelter.

We know Hansel’s experience with them was life-changing. Hansel’s friends at Dog’s Playing for Life found an opportunity for him to come to Philadelphia, where he joined the Throw Away Dogs Project, an organization that takes unwanted and untrained dogs who have the potential to be rehabilitated and trains them for jobs with law enforcement. He stayed with them for a year and began training before his next transition that landed him in Millville.

That landing in Millville was thanks to firefighter Tyler Van Leer, who encouraged the fire department to consider hiring a K-9. Van Leer was put in contact with the Throw Away Dogs Project and they immediately knew Hansel was the dog for the job. Van Leer and Hansel went through a 16-week training program with the New Jersey Police Canine Association, where he was trained to detect odors that indicate accelerants. He graduated and immediately began working for the fire department.

It’s not surprising to us that Van Leer and Hansel had an immediate connection. Hundreds of pit bulls come through our doors each year and it’s easy to fall in love, if you don’t let breed stereotypes get in your way.

In addition to his important, trail-blazing work for the fire department, Hansel is also showing our community and the world that pit bulls can do amazing things and are wonderful dogs. Hansel has participated in many community events: he’s friendly, social, and makes friends everywhere he goes.

In our country, pit bulls spend three times as long in shelters than other breeds, and still 50 percent of all pit bulls that enter shelters are euthanized. Pit bulls are also the most abused of all the dog breeds.  This is all in spite of pit bulls having an 87.4 percent pass rate on the American Temperament Test, which tests for friendliness, protectiveness, and ability to differentiate between dangerous and safe situations. 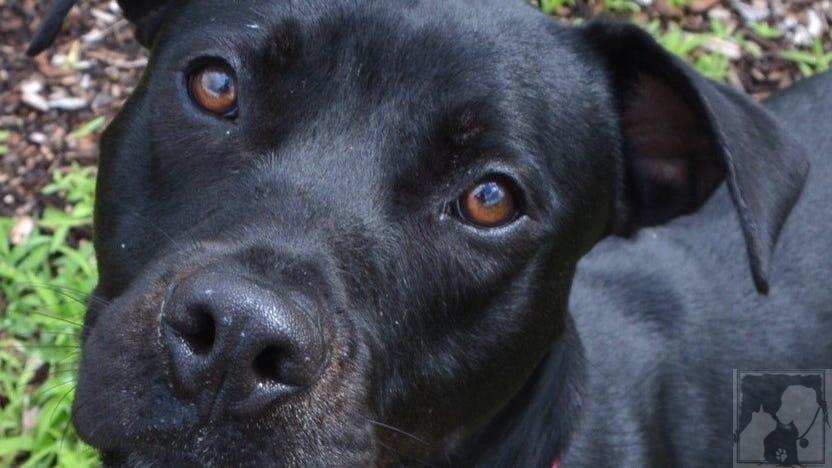 America’s beloved Golden Retriever received only an 85.6 percent pass rate. For every horror story you hear about pit bulls, there are 100s of families who will testify to the loving companion their pet pit bull makes.

October is Pit Bull Awareness month and Hansel is the model dog for breaking stereotypes that hold these dogs back from happy endings. Every day he proves that pit bulls, even those born into fighting rings, can be community heroes and perfect pets (when he’s off duty, Hansel lives with the Van Leer family at home).

At SJRAS, we are working hard to give the pit bulls of our community their deserved chance to find a home of their own. In fact, during October all blocky, stocky, pit bull type dogs are 50 percent off their adoption donation at the shelter! Please come in to meet them and head over to K-9 Hansel’s social media to congratulate him on his impressive achievements and award and learn more about his accomplishments.

Source: Congratulations K-9 Hansel and thanks for representing the best in pit bulls