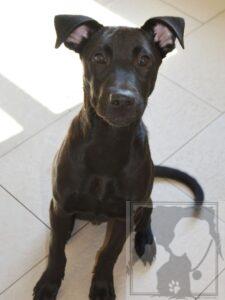 This month marks the 70th anniversary of the incorporation of the Cumberland County Society for the Prevention of Cruelty to Animals, but our history goes back much further than that. One hundred and twenty-six years ago, a group of concerned citizens, including a member of the original Landis family of Vineland, organized a chapter of the Society for the Prevention of Cruelty to Children and Animals (SPCCA).

Historically, child protection services, where they did exist, were provided by private concerns such as ours. The first Society for the Prevention of Cruelty to Children didn’t come into being until a group was formally established in New York in 1875. Although we have many of the original minutes from meetings of the CCSPCCA, I could not find anything explaining why, in 1891, our local group decided to take up the cause of both children and animals, but I think it speaks volumes about the compassion of the founders. The turn of the century brought sweeping changes to child protection as the government stepped up to create public agencies for the task, and by 1915 our society was out of child protection business. At that point, we became formally organized and received our charter from the state of New Jersey to become the humane law enforcement entity in Cumberland County for the prevention of cruelty to animals.

In 1947, we were incorporated with our original location listed as 709 Grape St. in Vineland. The president back then was a lady named Laura Sabin, who at some point began building dog kennels onto the back of her house on Sherman Avenue. She left her house to the CCSPCA upon her passing, and that then became our shelter.

Over the years, the house was renovated to become the offices and cat holding areas, and several additions were built on to provide more kennels and a clinic space. As many as 8,000 animals a year were cared for in that ramshackle building until it was finally sold and torn down in 2004.

It had been a constant struggle to maintain the crumbling walls of the old kennels, the drainage pipes were deteriorating from all the cleaning chemicals, the roof needing replacing and a surgical clinic would have had to be added in order to meet the needs of the organization in the 21st century. Things were looking rather dismal until our local hospital system decided to build a regional facility right across the street from our little shelter. Sitting on 32 acres, the old shelter was now prime real estate, and the funds from its sale would provide a wonderful opportunity to build a new facility for our homeless animals.

In my 30 years affiliated with the CCSPCA, I’ve seen amazing changes in our organization and in the industry – some good, some not so good.

In the old facility, our shelter serviced just a handful of municipalities in housing their stray animals; we now work with as many as 20 in both Cumberland and Salem counties. In spite of taking animals from many more towns, the intake numbers are substantially less due to public awareness and the success of spay and neuter programs. Animal protection laws have been expanded and the penalties have become more severe for offenders.

On the not-so-good list, if anyone had told me when I began this job that one breed of dogs would dominate in every shelter in the country, I would never have thought it possible; yet, here we are with pit bulls and pit mixes pouring in as their breeding rates have soared. Some well-intended legislation has actually made it more difficult and more expensive to care for our homeless animals and to provide services for our community pets.

More changes are certainly on the horizon, but I want to thank all of you who have been a part of supporting our organization and our animals through the years.

Source: Did you know Vineland’s SPCA used to protect children, too?