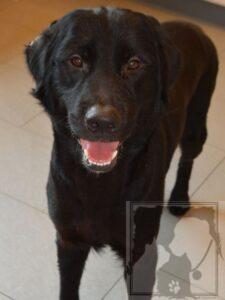 I know that not everyone is animal savvy, but it seems to me that it would be common sense that infant mammals need to be with their mamas until they’re weaned. Taking into consideration that puppies and kittens are typically going into the care of humans once they are old enough and not scavenging for food on their own, it still seems only logical that they would remain in their mother’s care until they are 6 to 8 weeks old at the very least. Even free-roaming kittens stay with their mother while she teaches them to hunt and fend for themselves; at that point, they still tend to live in colonies.

I have been amazed this year at the number of infant puppies and kittens that I have seen given away, sold, or somehow finding their way to the South Jersey Regional Animal Shelter

A young human family from Bridgeton came into the shelter last week with a puppy that couldn’t have been more than 3 weeks old. He was tiny; I’m sure he didn’t even weigh 1 pound. His teeth were just breaking the surface of his gums. The people already had the pup for more than a week and had taken it from a guy who was giving away the whole litter. Fortunately, these folks had done their homework; they were bottle feeding him and knew that they needed to get de-wormers and vaccines for him.

A couple of weeks ago, we dealt with a cruelty case involving several dogs, many of which showed signs of having been repeatedly bred. There was one infant pup on the property, probably about 4 weeks old. The other pups already had been sold. The little one that we were able to get custody of weighed 2.1 pounds; she was crawling with fleas to the point where her gums were white with anemia. She would not have lived much longer with the fleas literally sucking the life out of her. I have nightmares about the rest of the litter; I can only hope that the new owners sought care for them right away.

At every one of our monthly vaccine clinics, we’ve had people come with puppies that were way too young to be away from their mothers. At the shelter, we have received hundreds of kittens that should have still been nursing. The kittens tend to suffer in even greater numbers than puppies, as they are more likely to be separated from their mothers too soon. In general, they receive less human care as they are more apt to be born outdoors and without good shelter and regular monitoring.

I was happy to see that the young family who took in the infant pup had the sense of responsibility to research the necessary care. They had gone out and bought puppy formula. They came to the shelter seeking advice and medical care. Although we couldn’t help with the veterinary stuff, I think they left with a good education on the daily needs of the pup as well as an idea of what medical treatments would be needed, when they should be scheduled and how much it might cost.

Separating young puppies and kittens from their mothers too soon is a form of cruelty. It can compromise the health of the babies as well as put the mother in danger of getting mastitis. If you know of anyone trying to sell or give away kittens or pups that are younger than 6 weeks, please contact us immediately.

Source: Don’t take new puppies, kittens away from their moms