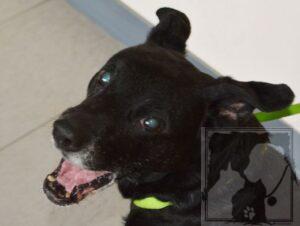 Harvey, Irma, Maria – as if the situation for homeless animals wasn’t bad enough, three major hurricanes hitting the U.S. and Puerto Rico in less than a month is having a have a major impact on stray and shelter animals in those hard-hit areas, as well as repercussions throughout the country.

Puerto Rico has a horrendous problem with overpopulation of companion animals. In the most recent estimate, there were approximately 300,000 stray dogs and a million stray cats fighting for survival on the streets and beaches. The island is approximately the size of Connecticut and has (or had … who knows now?) only five small, ill-equipped, poorly funded shelters. I shudder to think of what the island animals have been going through during their brush with Irma and now the full wrath of Maria.

The flooding and ensuing disease will surely mean a terrible death for a large number of these dogs and cats. The island has suffered such catastrophic damage that it has prevented relief organizations from assessing the situation as of yet. Further complicating the rescue efforts is the fact that those disaster response groups are already stretched to their limit because of Harvey and Irma.

Rescue groups have been bringing shelter animals up from the South and distributing them to northern shelters in hopes of finding them homes. This requires a tremendous effort, which comes with major expense and some disease-control issues. Getting the animals to safety is only half the battle; then they must be vaccinated, treated for any medical concerns, quarantined for a while to make sure they are healthy and, finally, found homes. This means disaster relief organizations and the receiving shelters will need support during this heroic effort.

It’s hard not to be touched by the pictures of the animals who are the victims of these events, and many people will be moved to adopt one of them. If you are so inclined, I want to remind you to make sure any animals that currently share your home are fully vaccinated, including the less common canine influenza vaccine for dogs. Canine influenza is relatively new and scarce in our part of the country, but may be brought in by dogs entering the state from more affected areas. Any time you bring a new animal from any source into your fold, you should bring your other pets up-to-date on vaccines. Your veterinarian should be consulted for advice on preventive care for both vaccines and parasite treatments. On that same note, please keep in mind that Oct. 21 is the last low-cost vaccine clinic of the year at the South Jersey Regional Animal Shelter.

Let’s hope that the Atlantic Ocean is tapped out for this hurricane season. I think we’ve all had enough of watching these disasters unfold on The Weather Channel!

Source: Getting pets to safety after hurricanes is only half the battle