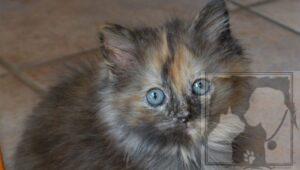 I think maybe spring has finally sprung; fingers crossed, we'll have no more cold, windy days in which the mercury doesn't rise out of the 50s.

This means breeding season will be in full swing for many domestic and wild animals. On the five-mile stretch of Route 55 that I traveled this morning, I passed six dead animals in the southbound lanes, all of them wildlife; they are obviously awake and on the move. Here at the shelter, we're already getting pregnant cats and infant kittens in on a regular basis. And so it begins, as it does every spring in our neck of the woods.

Infant kittens are a huge issue for the shelter until they are at least old enough to eat on their own. We are extremely fortunate to have volunteer foster homes to tend to them, but it's a big commitment in both the length of time they are with their foster caretakers as well as the daily investment in time.

Newborns must be fed and tended to every few hours; although that time can be extended incrementally as they mature, it takes about a month before they can eat on their own and a full eight weeks before they can be adopted. As with any milk-fed creature, infants that miss out on mom's milk are more at risk for illnesses and diseases, which they may not survive. Immediately following delivery of her kittens, mom's milk delivers antibodies and concentrated nutrition in small amounts, which pumps up their immune system within the first few days.

For this reason, it is essential that infants be kept with their mothers for as long as possible. Last week we received two litters of newborn kittens without their mother. In one case, the free roaming mother had been found dead from what was probably some complication from the delivery. She had delivered five kittens, three of which had not survived and one other that expired within a few hours. The last surviving kitten is in foster care but certainly not out of the woods. Without a mother, human intervention was the only thing that might have helped these little orphans.

In the second case, the kittens may have been removed prematurely from the location where they were found. The babies were just a few days old but they were clean, fat and healthy looking; mom could not have been gone for very long.

Newborns must be fed and tended to every few hours; although that time can be extended incrementally as they mature, it takes about a month before they can eat on their own. As with any milk-fed creature, infants that miss out on mom's milk are more at risk for illnesses and diseases, which they may not survive.

First, unless there is an imminent threat such as hypothermia or predators, stay as far away from the nest as possible and give the mother the opportunity to come back. Keep in mind that mothers need to leave their young to forage for food. Mothers also move their young at times and what might seem to be an abandoned nest or litter may just be in the midst of that transition.

If you feel that you must intervene, call your local animal control for help immediately. Although the shelter does not pick animals, don't hesitate to call us for advice. If you can't get help right away, keep the kittens warm and in a safe place. If you are feeding them, do not use regular milk. Replacement formula is available at pet stores. Kittens younger than three weeks must be stimulated in order to eliminate waste and urinate; there are great videos on the Internet to demonstrate that if you need instruction.

As the weather warms up and you get out in your yard to start cleaning up and getting your lawn and gardens ready, don't be surprised if you hear the cry of young kittens or find a litter under your shed ... tis the season.

Source: Give mother cat some time to take care of her kittens