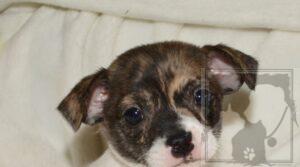 A couple of weeks ago in this column I told you the story of a little mother dog that had been brought into the shelter after having been found leashed out on the entrance to an apartment.

As you may recall, it took a little footwork but we were eventually able to find the owners and have them collect the puppies, which had been prematurely placed in homes, and have them reunited with their mother. Here we are, a couple of weeks later and everything seems to be working out for the best.

After getting past a language barrier with the owner, we learned that the situation occurred because of a lack of education and understanding about rearing puppies as well as some basics in proper confinement of an adult dog.

It was very clear from the good and trusting nature of Gypsy, the mother dog, that she had always been well loved and treated kindly so we are happy to be able to return her to her owner now that the puppies are weaned. I had the pleasure of fostering Gypsy and her puppies and it’s obvious from her behavior that she is used to being a real cuddle bug with her people. Nothing makes her happier than to curl up with someone on the sofa or in bed. She’s also very well behaved and anxious to please. We’ve already made arrangements with the owner to have her spayed when the vet feels that she’s ready, so she will be able to get back to the people she loves and we will not have to worry about her getting pregnant again.

As far as the puppies go, they’re adorable and they’re ready to go! There are two boys and two girls — all having their own little personalities. It’s fun watching them develop and begin to display their own characteristics and behaviors.

Pork Roll, one of the males, is the most laid back and most submissive of the four. He has always been the last one out of their little bed and is the quickest to roll on his back and go limp when Gypsy gives him any kind of correction. He’s going to make a great dog for any home.

His sister Bertha is the most active and the most curious. Anytime the pups are let out of their gated off area, she’s on the run, checking out the other rooms and tormenting the cats with her curiosity. She’ll have a good time wherever she ends up and would probably love being with other animals in her new home.

Pugsley is a real heartthrob! He’s handsome as can be, outgoing, curious, always looking for a good time! He has beautiful markings that look rather like cowhide down his back and he always interested in what you’re doing. He’s going to make a great companion for someone that wants a dog that’s affectionate and interested in the world around him.

Finally, Butterball is the little princess of the gang. She’s beautiful, expects to get all the attention, and takes no gruff from her siblings as if she is much too dignified to deal with their childishness. Her markings are lighter than her siblings and have gotten a bit paler even in the past few weeks. She will make a great “pampered pup” for someone that knows how special she is and recognizes that she should be treated like a queen.

These pups will be small, probably in the 15-pound range, which means they’ll go quickly so don’t hesitate to get your application in if you might be interested in one. All in all, this has turned out to be a win-win situation; Gypsy has been cared for and will return to a caring and now more educated owner and the pups will soon be in their own “furever” homes. It’s all good!

Source: Happy ending with education: Pups will soon have their ‘furever’ homes