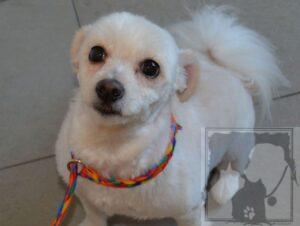 Last week the world mourned the loss of another beautiful creature, Harambe, the 17-year-old silverback gorilla at the Cincinnati Zoo. Harambe was shot and killed by the zoo’s response team when a toddler managed to climb into his enclosure and his behavior with the child became unpredictable. The situation brought out intense emotion across the country, but I believe those who felt Harambe’s loss the strongest were his zookeepers.

Harambe’s zookeepers were his family, and I’m certain they had a special relationship with Harambe as well. For most of us who choose to work an animal-centered job, whether you are a zookeeper or an animal shelter worker, strong bonds are formed with the animals we work with. At the Cumberland County Society for the Prevention of Cruelty to Animals shelter, our time with the animals is spent bringing them to health; enriching their time with us; giving them exercise and attention; and keeping them fed, clean and healthy. While a zookeeper’s job differs in many ways, in these tasks our jobs are similar.

At the shelter, we are able to work hands on with most of the animals our care. While hands-on care was not possible for most of Harambe’s caregivers, for obvious safety reasons, I believe their bond with him was just as strong, if not stronger. Consider the amazing intellectual ability of primates – I can’t imagine how much personality, intelligence and humor Harambe showed his keepers.

Loving and respecting animals isn’t about what they give you. Just because his caregivers couldn’t snuggle Harambe, they didn’t love him any less. The public needs to realize that appreciating and respecting animals has very little to do with how they make us feel. It’s not their responsibility to give us a thrill or a snuggle – they are animals. If we truly appreciate them, we wouldn’t want to alter how they are really supposed to be. Harambe’s caregivers appreciated his wildness and knew that was part of what made him so special, even though it cost him his life in the end.

At the CCSPCA shelter, just because a dog is aggressive or a cat is feral doesn’t mean that we care about them any less. We may not be able to handle them like we typically do, but we still appreciate the life that they are and do our best by them. And when we can’t save them, if they are suffering or aggressive, there is pain involved in that loss. However, our animals are given a peaceful, painless passing.

I can’t imagine the horror that was felt by Harambe’s keepers as they learned of, or worse, witnessed, his demise. How quickly it happened … his reaction to the screaming of the crowd … the terror leading up to what they had to know was coming … and the violence of his death. I can’t imagine the trauma that these people, who dedicated their professional lives to his care, felt as this was happening. And I can’t imagine the pain and loss they feel every single day as they continue to care for the remaining gorillas in the habitat and feel his loss and relive that awful afternoon for many days to come.

If their grieving was not already painful enough, every time they look at their phones or open their computers, they have to see articles or opinions about how the zoo is at fault or how terrible it was that Harambe was in a zoo to begin with. I don’t know enough to debate whether those statements are valid, but I know they make a traumatizing loss even more difficult to deal with. The staff worked so hard to keep him healthy, keep him active and engaged, and give him the best life possible. To be criticized for something beyond their control during such a sad time makes a bad situation worse. This is something that we can sympathize with as well. Sometimes, no matter how hard we work for the animals, there is still public backlash because we can’t save every single one, despite our best efforts. Working with animals is a tough job, no matter which animals you are working with. This week, our hearts are with Harambe’s caregivers at the Cincinnati Zoo.