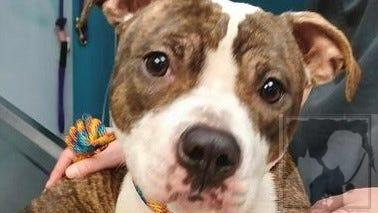 This past Friday morning, as the rain came down thankfully melting the rest of the snow away, the Bridgeton Animal Control Officer was called out for a stray dog.

A man on his way to work had come upon a dog in the road. When he opened his car door, she hopped right in. It’s not usually that easy to wrangle a strange dog, but I suppose she may have had enough of wandering around in the rain and leftover slush.

The small Pit Bull mix was not just cold and wet, but also extremely skinny and engorged with milk. She obviously has puppies somewhere and given her lack of body fat, was probably out foraging for food.

Lactating mothers require much more food than that of their normal diet, sometimes significantly more according to the size of the litter. This little girl, that the shelter staff dubbed “London,” was obviously not getting enough to sustain herself, let alone her puppies.

She is young, probably only about 18 months or so, which means this is probably her first litter. She is brindle and white and quite small at only 31 pounds.

She was found in the area behind Tip’s Trailer Park off of Route 49 in Fairfield Township. We can only hope that London was a house dog that strayed when she was let out, rather than a dog that was living outside.

There is no way that puppies could survive the type of winter weather we are having without their mom, unless they are indoors and old enough to be eating on their own. 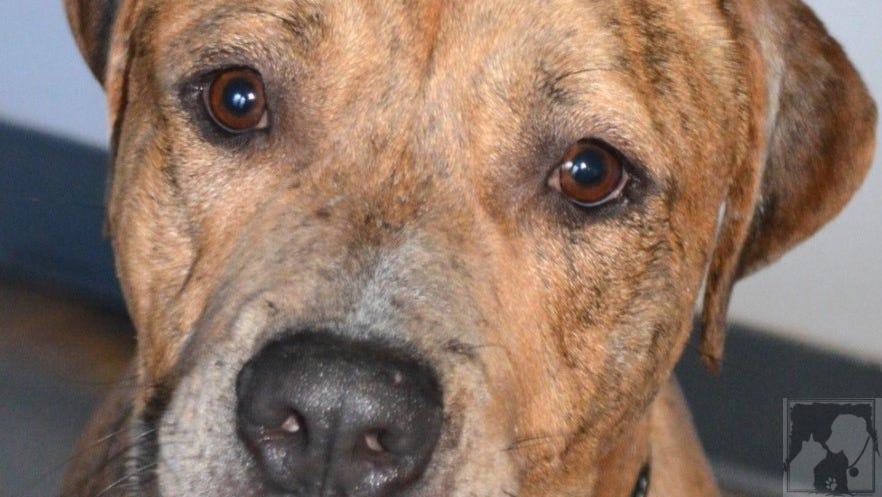 Please remember to report any case of suspected neglect or abuse to your local police department. Reports can be left with the department dispatch or ask to speak with the Humane Law Enforcement Officer.