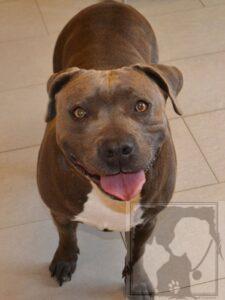 During the last two weeks of April, the South Jersey Regional Animal Shelter took in 116 kittens. Apparently that cool spring we had didn’t deter the cats from doing their thing! Every one of the kittens was under 5 weeks of age, with the majority being under 3 weeks old. Many of them were brought to the shelter without their mothers, which presents a couple of problems.

Let’s start with the main issue: Those mothers are still out there, and most probably will be pregnant again within a few short weeks. It is imperative that these moms are brought in off the streets to be spayed before they can be allowed to produce over and over again. There is also a concern for the health of kittens that don’t have the advantage of getting mother’s milk. Although bottle-feeding kittens is normally highly successful, their immune systems miss out on the advantages of being raised by mom for their first 6 to 8 weeks.

That said, our local animal control officers are often called by homeowners that have kittens on their property and haven’t seen an adult cat with them. It’s not unusual for moms to leave their litters while they look for food; they may be gone, or at least out of sight, for hours at a time. Most times, if the kittens are removed, mom will not return. If it’s possible to allow a little time before scooping up the kittens, your animal control officer may have a better chance of getting the whole family.

If you have a free-roaming mom cat that you would be able to keep after the babies are weaned, you would be a hero! In that case, you need to do two things: socialize the kittens as much as you possibly can so that they will be easily adoptable, and get mom spayed as soon as the kittens are eating on their own. If you have any free-roaming adult cats that you care for that need fixing, we can help you find resources for low-cost services.

Every single kitten that has come into our shelter this year has either been adopted, sent to foster care until it is old enough to be adopted, or sent to a rescue organization. We are constantly reaching out to new adoption partners to be able to save all of our adoptable cats. With the help of all of you, we can reduce the number of cats and kittens coming into the shelter by minimizing the number of unwanted litters and by responsibly caring for free roaming cats so that they don’t have to be impounded in the first place.