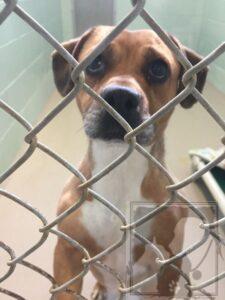 VINELAND – The Cumberland County Society of the Prevention of Cruelty to Animals’ shelter is not closing at the end of the year, as announced back in October.

The SPCA is working with government officials in Cumberland and Salem counties on a financial reprieve that would keep the shelter open.

“It’s been nerve-wracking but hopefully we’re going to get this new budget rolling and it will be enough that we can get through 2018 and possibility find new ways to become more self-sustaining,” said Bev Greco, the agency’s executive director.

The SPCA, along with government officials, are tackling the financial hurdles that prompted the agency to issue notifications that municipal contracts for animal and sheltering services, expiring Dec. 31, would not be renewed.

The counties and municipalities requested the SPCA remain open for, at least, three months to give them time to come up with a solution to keep the nonprofit open and moving forward, Cumberland County Freeholder Director Joseph Derella told The Daily Journal on Monday.

Having Cumberland County take over and run the shelter is not an option.

“If the county government took over the operations of the SPCA, the estimate would be about an 8-cent tax increase,” Derella said, noting if the local SPCA closed, the agency’s North Delsea Drive building and other assets would pass to the state SPCA.

“You would have to come up with a whole new facility; all the employees would become county employees, which means they would fall under union contracts, everything changes,” Derella said. “It would be very, very difficult for us to take on.”

Talks continue toward a solution.

“You are talking 14 municipalities, 14 different mayors, 14 solicitors and, I believe, seven other municipalities in Salem that have an interest,” Derella said. “It’s a lot of individuals and a lot of different agendas that need to be pulled together.”

“The county has taken a lead in being a catalyst in trying to help bring everybody together,” he said. “We, at the freeholder level, are very happy with the direction we seem to be going.”

Jessie, 1, is a domestic short hair cat, waiting to be adopted at the Cumberland County SPCA. (Photo11: Deborah M. Marko)

Greco acknowledged the support of the county freeholders and administration as the shelter faced an uncertain future with increased costs due to recent court rulings and health code changes.

“They’ve been helping us trying to develop a budget,” she said, “We are to the point now where our attorney, (Rocco Tedesco), and accountants (Romano, Hearing, Testa and Knorr) are trying to finish our new fee schedule and contracts, which will be offered for 2018 services.”

That should be wrapped up this week, she said.

The local shelter, which adopts out between 1,500 to 1,800 animals per year, employs 34 and runs on an annual budget of $1.3 million. For comparison, the Cape May County Animal Shelter in Cape May Court House, serving the number of animals the CCSPCA receives just from Vineland, has a basic operating budget of about $750,000, which does not include additional costs such as building maintenance and legal fees.

Public demands and shelter standards are increasing the level of animal care.

“We’re trying to keep up with regulations as well as expectations,” Greco said. “That’s our mission — to save as many animals as possible.”

“One of the things that has been detrimental to our budget is when municipalities bring in stray animals, they are only responsible for the care of the animal for the first seven days,” she said.

After that the SPCA takes on the cost of care while the pets are in the shelter, regardless on their length of stay.

“There is no time limit on animals,” she said. The current average length of stay is 28-34 days.

“The difference between now and let’s say four or five years ago, we are now able to transfer thousands of animals out of our facility to rescues and other shelters with high adoption rates,” Greco said.

To do that, animals must be “adoption ready.”

The SPCA took in a litter of puppies found in the woods this weekend. They need some tender loving care right now but should be ready for adoption at the Cumberland County SPCA in a few weeks. (Photo11: Deborah M. Marko)

“If you get a litter, they could be here for eight weeks,” Greco said. “If you have a very adoptable cat or dog and it comes down with upper respiratory infection, that’s generally 14-21 days on antibiotics; of course, you’re going to hold that animal to give it the opportunity.”

The local shelter is pursuing a less than 10 percent euthanasia rate.

“That’s going to take a community effort,” she said.

The SPCA is working with Cumberland County on a trap, neuter, vaccine and release program to reduce the shelter cat population. Overbreeding of pit bulls also needs to be addressed, Greco said.

Those two steps would go a long way to help fulfilling Greco’s Christmas wish list that calls for “a completed contract and budget, staying in business and increasing the number of animals we are able to save.”

“I’m very thankful to our citizens for reaching out to our lawmakers,” she said, noting calls went out to state, county and municipal officials. “They’ve been very vocal for us and we really appreciate that.”

“Now it’s important that they continue to express their support to municipal leaders,” she said.

Source: Local SPCA gets reprieve, not closing at year-end