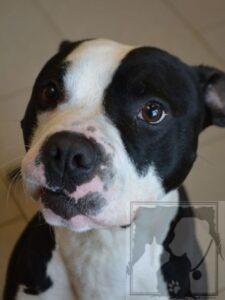 All over the country, citizens have been opening their eyes to the struggle of our wild animal co-habitants. From Sea World ending orca shows to Ringling Bros. closing down, major victories have been won that will protect future wild animals from suffering. It’s like a light was turned on and people realized that although we don’t share our houses with bears and whales and elephants, we share our planet – and it is ethical and our responsibility to speak up to protect them when they are threatened.

This isn’t about left or right or up or down. It’s not about the letter R or the letter D or the letters A, B or C. This is a column written to people whom I assume are reading because they care about animals. Typically, we write about issues facing companion animals, but now there are some pretty scary changes moving forward that undoubtedly will have a terrible effect on our wild animals if they make it to the top.

On Thursday, the House of Representative voted in favor of H.J. Resolution 69, which overturns a federal rule that prohibited some extremely cruel hunting practices in Alaska’s federal wildlife refuges. These practices included using snares, nets or traps to kill bears (including the gnarly iron leg trap that clamps onto a bear’s foot, rendering him unable to move and often injured until the hunter arrives to kill him); denning, the practice of killing a mother wolf and her pups (yes, pups, as in babies of any age) in or around the den; killing bears who are hibernating; using aircraft to locate bears to be killed; and luring bears with bait. These practices have been denounced as barbaric and extreme by not only animal welfare advocates, but by U.S. Fish and Wildlife Service officials who crafted the original rule prohibiting the practices. There are two New Jersey representatives who voted in favor of H.J. Res 69 (Reps. Leonard Lance and Rodney Frelinghuysen); our other 10 representatives voted no. The law will now go to the Senate for another vote. Let our senators (Cory Booker and Robert Menendez) know that we want them to vote no!

We also need to keep an eye on the Endangered Species Act. The Senate held a hearing last week to “modernize” the Endangered Species Act, which was signed in 1973 with the stated purpose of “protecting species and the ecosystems upon which they depend.” In the hearing, discussion focused on making it more difficult for a species to be listed and easier for species to be delisted. One senator discussed repealing the act altogether, stating that the law has been used to control the land. And this is where the debate lies: The laws that protect the animals often impede other ventures, such as drilling, cattle grazing and human expansion.

However, this act has been proven to be successful and lifesaving. Since its inception, the Endangered Species Act has been credited with increasing the numbers of whooping cranes, gray wolves, grizzly bears, California’s southern sea otter, the peregrine falcon and the American Bald Eagle, whose numbers increased from 417 to 11,040 pairs between 1963 and 2007. In addition, thriving ecosystems and an opportunity to photograph or view animals like wolves or bears bring in hundreds of thousands of tourist dollars.

There are more than 1,600 species listed as endangered or threatened. Without the protection of the act, who will protect these animals and their habitats? When a species is gone, it is gone forever. There is no legislation or revision that can bring them back.

We also have to consider the great “circle of life.” Each creature, no matter how small, plays an important role. If one species disappears, it in turn will affect another species, and on and on. A perfect example of this is the honeybee. The honeybee is responsible for pollinating flowers and it is believed that if numbers continue to decline, many crops would be devastated, including a majority of the world’s fruit and vegetable supply as well as the cotton crop. However, on Thursday, the president announced that he would delay the inclusion of the rusty patched bumblebee on the endangered species list. The bumblebee has lost 90 percent of his range in the past two decades. The administration is now being sued by the Natural Resources Defense Council.

This is the time for us to use our voices to help the animals. New Jersey has 12 representatives and two senators. It is their job to be our voice, and it’s our job to let them know how we want them to vote. A great website that can help you stay up-to-date on your representatives (who they are how they vote) as well as legislation is GovTrack.us. You can even use filters to search for and follow certain types of issues, such as animals or environmental protection. It is time for everyone to reach out so that our wild animals can continue to receive the protections that they need to survive and thrive.

Source: Our wild animals are being threatened … in Washington