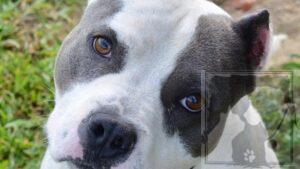 Many years ago when I first started working for the shelter, I was hired to teach humane education in the schools. This was a relatively new concept at that time and our shelter was one of the first in the state to offer it on a regular basis. It was just a part-time job that was something that I loved doing and that would end up launching my career in the animal industry. No experience could have been more rewarding for me.

The combination of working with children and animals was fun, challenging and very fulfilling. Most kids respond to animals in a very positive way; they were always excited to learn about them and were thrilled when I brought pets into the classroom. Even the students who had a fear of animals would almost always come around as the visits progressed. The job was not limited to teaching, I also took my humane education dog to visit severely disabled children where I got to experience the amazing effects that the mere touch of fur can have on a child that seems completely cut off from the world.

Today, there are humane education programs in nearly every school in the country. There's a national Read Across America Day on which shelter pets are invited into classrooms to be read to by students. This technique of having kids read to the animals has become an important tool for building confidence in children who are just learning or having difficulty with reading.

Our shelter has a superstar alumni named Cole that has become a school mascot has his own story book and continues to be an ambassador for humane education from the classroom all the way to the Phillies Stadium!

Cole is a gorgeous, pure white pit bull that was adopted by one of our local educators back in April of 2017. Cole is deaf which is normally a tremendous disadvantage in terms of getting adopted, but in this case, that turned out to be his saving grace. His adopter, Chris Hannah, has a very special nephew that is hearing impaired so Cole captured his heart immediately.

These days Cole is a regular at Mennies School, motivating and comforting the kids in their daily projects and challenges. The beginning of the school year can be particularly tough on young children and this year proved especially so for one little guy that was very upset by the separation from his family and the unfamiliarity of school. His fears would bring him to tears, lying in the hallway, covering his head with his jacket and hiding behind his book bag. The staff could not console him and finally, Cole was called in to offer some solace.

Chris gave Cole the command to lie down next to the young student and put his paw on his hand. The boy reached out immediately and took Cole's paw. After a minute or so, he stood up, wiped his tears away and allowed Cole to escort him to his classroom. Apparently, this type of comfort is something Cole provides to kids in need on a daily basis; he's not just a mascot, he's a special friend and at times, their hero.

Know someone in need of comforting? Yourself maybe? We have lots of friends and heroes just waiting for their chance to shine. Visit us here at the shelter or on line at sjras.org.

Source: Pets providing comfort in schools and at home