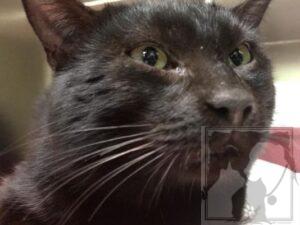 As I sit and write this column, I have a small dog at home who is just starting her delivery rituals. She’s a young Wire Hair Terrier mix who came in as a stray just last week. I took her home to foster her rather than leave her in the South Jersey Regional Animal Shelter because it was very apparent that the “buns” were coming out of the oven very soon.

After spending a little time with her, I fully expected a frantic owner to be calling in a lost report for her. Silly me. It will never cease to amaze me, and I will never understand how we receive so many wonderful pets as strays that no one ever comes to claim. In spite of the fact that she was found running loose and obviously “in the family way,” it was clear that she has been a house dog and is used to having a strong bond with her people. She is loving, attentive, housebroken and arrived in very good physical condition given her situation. Her legal seven-day stray hold has just expired, and there has been no sign of an owner.

Along with the expiration of her stray hold has come the end of her pregnancy. She has made herself completely at home in my house and, in spite of supplying her with a couple of very accommodating delivery locations, I believe she has opted to make her own decision. She scoffed at the whelping box that we lined with the finest of big, comfy blankets. She left her crate that she willingly sleeps in, eschewing the lovely, high-sided dog bed and quilt provided therein. She has her own idea of where her children will brought into the world, and that looks to be my walk-in closet.

All this week her belly has grown to what must be very uncomfortable proportions and her milk has come in generously, adding further to her bulk. Yesterday, I noticed that she had “dropped” and this morning she refused her breakfast. For a few hours, she was a bit restless with occasional whining. She is typically like Velcro, following me everywhere, but a little later in the morning she removed herself and settled in the bedroom. After deciding on the closet as her delivery suite, she is, as I write this, up and down, either curling up restlessly or scratching at her newly provided blankets.

Given the size of her belly, she either has a bunch of little pups or she was caught by a big daddy and has a few large pups. Our vet is on standby in case she needs assistance. If everything goes well, we will have puppies just opening their eyes in time for Christmas Day.

Fortunately, after a lot of effort on the part of many people, the shelter will still be here in February 2018 when those little pups will be ready to adopt and start their new lives as someone’s beloved pets. Merry Christmas and stay tuned – I’ll update you on the delivery in next week’s column.