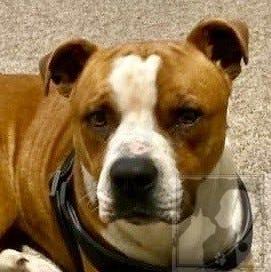 One afternoon last week I was working at my desk when a call came over our radios that there was a dog running loose down Delsea Drive. It’s not all that unusual for us to have animals get loose from their owners in the parking lot but there have only been a couple of instances when they made it out to the road before being captured. The disturbing thing about this was that the dog didn’t “get loose” from his owner, he was let go.

It started when the man brought the dog to the shelter for surrender because he was moving out of state and couldn’t take him. When owners need to give up their pets, we first do an evaluation of the animal to ascertain the best route for rehoming the dog or cat.

Sometimes, as was the case that day, the dog was so scared when he was brought in to meet the evaluator that he was lunging at her. It was obvious that his behavior was fear based so the owner was asked to take him home and then bring him back in a few days for another meet. Repeat visits prior to surrender give the dog the opportunity to conquer their fears as the situation becomes more familiar. It also gives us the chance to start looking for placement and possibly prevent the pet from having to stay at the shelter for any length of time.

When “Apple Juice’s” owner was asked to do a second meet with shelter staff, he readily agreed. Then he walked out the door and let the leash go.

As soon as the alarm was sounded, a dozen shelter staff poured out the doors to try to coral the poor dog, but he made a bee line for the street and was trotting north up the very busy road. Thankfully, all of the drivers on the road that day stopped and assisted in whatever way they could as AJ continued his flight.

One brave gentleman followed AJ until he slowed down then got out of his car and finally got close enough to step on the dog’s leash. The pursuing shelter staff were all reminded that we should be doing more cardiovascular training, but we were able to catch up and secure the dog from the nice man.

The poor dog was so spent from his harrowing experience that he allowed himself to be picked up and carried back down the road to the shelter. By this time, his owner had gotten in his car and made his escape in the opposite direction down the road.

Nice guy, huh? He let his terrified dog go on Route 47, puts the dog in danger of being injured or killed and risks causing a traffic accident and injuring innocent people.

On the flip side, there were a lot of kind people that either stopped their vehicles and waited patiently or actively participated in trying to capture the frightened dog. Thanks to them, AJ is alive and well and headed to one of our rescue partners for training and help in overcoming his fears.

To submit an adoption form for one of the Pets of the Week or another animal at the shelter, visit https://southjerseyregionalanimalshelter.org/forms/

Source: South Jersey Regional Animal Shelter: A tale of ‘surrender’ ends in a dog ‘getting loose’