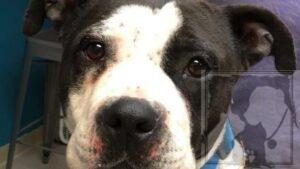 For those of us that are wild bird enthusiasts, the news of their population decline has been pretty dire in the past half century.

In 2019 Cornell University published a study of North American migrating birds showing a 28 percent decline since the 1970s. That is a staggering loss in less than half a century. As with the loss or decline in a multitude of other creatures in recent history, the major factors in their downfall are loss of habitat, deforestation, climate change and pesticides.

In spite of this, there have been some very successful restoration efforts for species such as the Bald Eagle and the Eastern Bluebird. These success stories are few and far between, but they are a good example of what can be done when humans make the necessary efforts to reverse course.

We’re very lucky here in South Jersey to be able to witness the increase in both of these beautiful birds. I see Eagles near virtually all of our local lakes and I’m extremely fortunate to have a very successful Bluebird box in my own yard.

If you live in area where there are fields and expanses of short grass, you can help support the Bluebirds by installing a nesting box. They aren’t seed eaters, so there’s no real expense or effort other than acquiring and installing the box. During the summer they feed on insects (one of the reasons why I love them so much!) and during the winter they eat wild berries. You can supplement them with live mealworms if you’re so inclined.

There are free plans on the Internet if you choose to build it yourself or you can check at local feed suppliers like Garoppo’s Feed & Pet Supply.

Just make sure the box is specifically designed in both dimensions and hole size for the Bluebirds and that it’s mounted securely on a predator proof pole. They prefer sunny, open areas, preferably facing east or north east.

For tips and details on creating a habitat, visit the North American Bluebird Society website at www.nabluebirdsociety.org.

Bluebirds typically nest twice during the spring and summer laying from three to seven eggs with each clutch. My nest was used four times last year so make sure you clean it out thoroughly after each clutch fledges. Incubation is 12 to 14 days and once hatched, they will fledge in about three weeks.

The first time I saw Bluebirds in my yard was actually in the dead of winter a few years ago. Everything was frozen solid and the flock came to drink from my heated birdbaths. Keeping a water source for them is always a good idea.

Don’t get discouraged if you don’t attract them the first season you make the attempt; it may take them awhile to discover a new box. With all the farm and pasture land in our area, there are many ideal locations to set up a Bluebird habitat. It’s an effort that will definitely bring you happiness, so I hope you’ll do your part in supporting the population.

To submit an adoption form for one of the Pets of the Week or another animal at the shelter, visit https://southjerseyregionalanimalshelter.org/

Source: South Jersey Regional Animal Shelter: What can be done about the decline in wild birds?