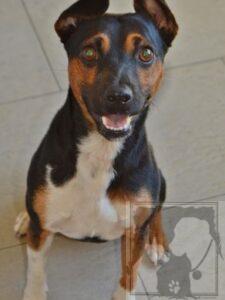 Need to give up a pet? Need to spare your aged and failing furry companion any more suffering? Thanks to our illustrious leaders in the state of New Jersey, we and other shelters throughout the state find ourselves unable to provide some of the services that were available to pet owners in the past.

The South Jersey Regional Animal Shelter in Vineland has always been proud to call ourselves an “open access shelter,” which simply means that we accept companion animals whether they are strays or pets that must be surrendered by their owners. This is, after all, the reason humane societies were formed: to provide a place for animals to go when they are homeless, lost, abused or neglected.

We do not pretend that we can always find homes for them, as some animals are not viable for adoption due to health or temperament. The process has always been that stray animals are held for seven days to give owners a chance to reclaim them, and then are evaluated and either put up for adoption, rescued or, worst case scenario, humanely euthanized. Pets that were released by their owners were immediately evaluated and considered for the same options.

There has never been a time limit on how long we would hold adoptable animals. As long as we had space and they remained healthy, they could be with us for many months, a year even, until an adopter or rescue was found.

The revision to the law now forces us to offer ALL released animals for adoption for a minimum seven-day period. The lawmakers left no exceptions for health or temperament. This means that if John Doe has to release his dog that has a history of biting, the shelter would have to offer it for adoption for seven days in spite of the fact that he is a threat to human safety. Apparently no consideration was given to the threat to the public or to the shelter staff that has to handle aggressive animals for the week. If an unadoptable animal such as this has to be held for a week, space issues might also dictate that an adoptable animal would have to be euthanized in order to make room for the aggressive one. This also means that if Jane Doe brings her cat in that was hit by a car and suffered a broken pelvis, we would not be able to offer her low-cost euthanasia because, again, it would have to be offered for adoption for seven days. Having a pet put to sleep at a veterinarian’s office can be very expensive, and some will not provide the service for nonclients. My fear is that those who can’t afford it will be forced to let their pet linger, therefore prolonging its suffering.

I’m sure that this revision to the law started out with a noble purpose; after all, no one wants to see homeless animals put to sleep without getting a second chance at finding a good home. Had people in the shelter industry been consulted on the proposal, it could have been written in a way that allowed responsible and humane decisions to be made without compromising human safety or perpetuating the suffering of sick or injured animals.

This law has put us in a terrible position, one that contradicts our most basic mission. To be forced to turn away animals for any reason is difficult, but to be in this position because of poorly thought-out legislation is unbearable. The bottom line is that we no longer will be able to provide humane euthanasia for pets belonging to the general public. Although we will still accept adoptable animals for surrender, it will require a waiting period according to available space.

As far as unadoptable animals go, I hope you’ll call the offices of Sens. Stephen Sweeney and Jeff Van Drew’ and ask them what you’re to do.