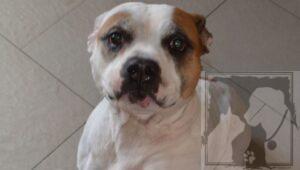 Relocating to Florida is looking better every year. Although I might have to spend more money on grooming to keep the dogs shaved down, at least I would not have to shovel a path through the ice and snow for them to go outside. Snow is one thing, but that ice last week turned my yard into a hazard zone for the dogs and a whole lot of work for me. Their first attempt to race out the door, in hot pursuit of those thieving squirrels raiding the birdfeeders, turned into a scene out of the ice follies as paws hit the icy deck and the four-leggers went sprawling! I couldn’t let them outside unsupervised because branches and limbs were snapping like toothpicks, which eventually broke a gaping hole in the fence – the fence that I put up so that I would NOT have to stand out in the weather when I let the dogs out. I suppose I would have to worry about hurricanes in Florida, but at least I wouldn’t be cold and I wouldn’t have to shovel.

It seems odd to go from ranting about blizzard conditions to concerns about spring, but that was my intention this week. I wanted to remind you that these are your last few days to get your pets licensed. Most municipalities, including Vineland, give you through March 31 to get it done, so Thursday (Friday is a holiday) will be your last chance before late fees will apply. Also, remember that you should be prepared to pay cash for the license when you go to your municipal building.

The other thing I wanted to mention was parasite control for your pets. For those of you who stop your dog’s heartworm prevention medication over the winter, it’s time to start it back up again. Vets recommend that dogs be tested/retested before they will prescribe the meds. Although this spring seems to be having some difficulty kicking into any warming trend, heartworm disease is very serious and can cause damage to the heart tissue and even death; don’t take any chances by delaying prevention.

The ticks are already out and about, and the fleas will follow shortly, so you should also start whatever external parasite prevention treatment you use. There are seven major tickborne diseases that affect dogs, Lyme disease being the one that dogs in our area seem to suffer the most. These diseases can cause all sorts of symptoms including fever, pain, loss of appetite and vomiting. There are several options for external parasite control: over the counter vs. prescription; topical vs. oral; and treatments that last for one-, three- or six-month periods. For your pet’s safety, you should always consult with your veterinarian before starting any prevention, even if it’s over the counter, because they are all some type of pesticide. Never combine treatments or use them repeatedly before the recommended intervals, and watch for any allergic reactions when administering.

Finally, although warm weather has failed to make its appearance, new life has begun to emerge. As I stated last week, the KITTENS ARE COMING, so please do what you can to promote spay and neuter. We also received our first infant squirrel of the season; it had been rescued from a nest that was brought down in the storm last week. Wildlife in general will be on the move as they begin their mating season and the young come out of their dens and nests, so keep your eyes on the road and be vigilant when you’re out removing all those fallen trees and branches.

Source: Spring is here – is your pet prepared?