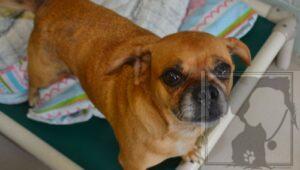 First, an update on what is happening with the future of our sheltering operations at the Cumberland County Society for the Prevention of Cruelty to Animals. The Cumberland County freeholders hosted a meeting inviting all the mayors in order to present the towns with the information the board has gathered concerning who is responsible for sheltering and the costs associated with it. It sounds as though the powers that be in the county realize that it would be a very expensive undertaking to have to operate a county-owned facility, and it isn’t practical or affordable for municipalities to undertake such operations individually.

The freeholder board has offered a general idea of how the burden might be shared, and now it’s time for all the parties to come together and form a detailed plan for the future. At this point, it will be important for the municipalities to have a better understanding of what is involved in the entire process of not just impounding strays for the seven-day legal hold, but also what happens to those animals after that.

The focus in shelters across the nation is to drastically reduce the number of homeless animals that are euthanized to less than 10 percent – with that 10 percent being only the truly aggressive or unhealthy. That is where the shared responsibility of a caring community comes into play. Those homeless pets must be cared for and ultimately placed with owners who will care for them properly.

And that, my friends, is a very big commitment.

The bottom line: NOBODY wants shelter animals to be needlessly euthanized, and EVERYBODY wants a happy ending. To that end, we must find an efficient, responsible and compassionate solution.

In the meantime, as of last week’s count, we have 177 cats and 45 dogs in the shelter as well as another 114 of our animals in foster homes. I’d like to take this opportunity to get back to the task at hand, which is to get those 336 into their forever homes.

One of our “most in need” pets is a beefy guy named Randy. Randy has been with us since Aug. 31, and he’s been passed over time and time again. His seven-day stray hold has been over for two whole months but he’s still with us, still waiting. He desperately needs the attention of volunteers to walk him and help him deal with life in a kennel. He may need a foster home to give him a break, a vacation if you will, if he can’t be placed soon. He needs a home, someone to love and appreciate him, someone to keep him from becoming an unfortunate statistic.

Giving Randy, and all the thousands and thousands of homeless animals who have come before him, those opportunities is what our shelter has been doing for more than 70 years. I can only hope that we are afforded the opportunity to help the thousands that will come after him.