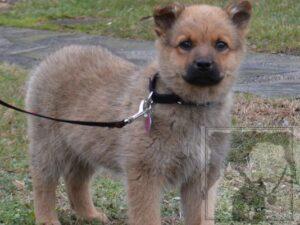 And the puppy saga continues.

What a crazy couple of months it has been! Let’s flash back to a couple of weeks ago, when I told you about a little pup named Wiley E. who was found trotting across Route 49 in Fairfield. That was on Jan. 11, and some of my staff and I as well as the animal control officer went out and scoured the area for the rest of his litter without success. What we did find was the body of the mother dog, which had been hit by a car. We tried everything we could to get the word out to the local residents that we were in search of the litter and to please call us if they had any sightings. After a week with no sign and no word of the remaining pups, we could only hope that someone had picked them up and was caring for them.

Lo and behold, nearly three weeks later a gentleman called saying he had found the pups that we were searching for. They were just a few doors down from the spot on the road where Wiley E. was found. The resident there found the pups scrounging around his backyard, trying to get into his trash. One of our investigators raced out to the property and found the three little fuzzballs, but they were not exactly cooperative about being rounded up. With the man’s help, she was able to secure the pups in his shed until she could get back with crates to transport them 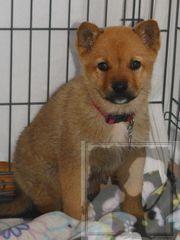 When she returned, she was perplexed to find no sign of them in the shed where she had left them. She was just about to walk out when our other staff member caught some movement out of the corner of her eye. The pups had climbed up into a riding mower to hide from their potential captors!

So these pups, no more than 11 weeks old at the most, survived for three weeks with no mother, no real source of food and through the blizzard conditions. Absolutely amazing! They are now safely tucked away in foster homes where they are being nourished, socialized and spoiled to prepare them for adoption.

There’s also one more tale of survival that has us all astounded. Last week, a lady brought in a tiny pup that she had found outside her home. The poor thing was bleeding profusely from wounds around his head and neck, and she feared he had been hit by a car. Our vet got him shaved down and cleaned up, and found that he had deep puncture wounds on his neck and lacerations in his ears. Apparently he had been attacked by a larger dog. Our little Lamb Chop will need some continuing vet care but is expected to recover fully. The fact that he survived what must have been a brutal attack is truly amazing. He’s a feisty little guy who, in spite of his traumatic encounter, still loves other dogs. He’s made fast friends with my other foster pup and shows no fear of my big dogs. He is very affectionate and will be a great companion to whoever is lucky enough to take him home.

Source: The story of these three little puppies will amaze you