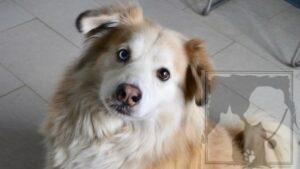 Life can be very difficult at times. But imagine being an animal, rather than a human, and having no control over those difficulties. Pets often suffer the consequences of their owner’s misfortunes and they unfortunately don’t have the ability to “make lemonade out of lemons,” as the saying goes. Such is the story of a couple of homeless dogs in the South Jersey Regional Animal Shelter right now; both their lives have been a series of upheavals that have landed them in the soup, so to speak.

Toby is a gorgeous 6-year-old Husky/Sheltie mix who has been bounced around at least five times through no fault of his own. He originally was rescued from a neglectful situation in Maryland when he was just a year old. Then he was adopted by an owner who passed away a few years after acquiring him. A friend of the family took him and sold him, but he somehow ended up back in the care of the deceased owner’s widower. This poor gentleman then became homeless and was living out of a car. He knew that this was not fair to the dog and ended up bringing him into the shelter. Can you imagine how confused this poor dog must be? And yet he has been great with our staff, gentle and cooperative with all our fussing over him.

Toby’s coat is long and dense and was in rather poor condition when he came in, simply from a lack of grooming. I’m sure that with all his former owner was going through, grooming the dog was not at the top of his priority list, especially with a high-maintenance coat like Toby’s. Along with regular grooming, the Husky in him will require that he be in a home with a good fence or with someone who will leash-walk him. There must be a forever home out there for this poor dog; let’s hope his next bounce lands him in just the right home.

Bella is another one of our guests who has suffered bad breaks in life. This 2½-year-old pit mix came to us the first time as a stray from Salem back in December 2017. We have no idea what her story was before that or how she ended up wandering the streets on her own. She was in the shelter for a month before she stole the heart of lady who came in looking for a companion with whom to share the sofa. Unfortunately, a few months after she went home, Bella took a leap off that comfy sofa and suffered a fractured leg. It was bad enough to require a plate and a pin in her leg, but her mom got here to an orthopedic surgeon and got her taken care of. Then came mom’s bad break. A turn of fortunes in her life left the pair without electricity, heat or water, and soon to be facing homelessness. Sobbing all the way, Bella’s mom was forced to bring her back to where she found her, as she too realized that it was unfair to keep a pet for whom she was unable to provide.

Bella is still in a predicament because, in spite of the surgery, her break did not heal well and needs to be revisited. She is as sweet as can be and wears a worried look around her eyes that tears your heart out. Not only is she confused about being here, it’s as if she knows that it won’t be easy to find someone willing to take on a pup with a bum leg. She’s a bit gimpy on her back right side and will need to have veterinary follow-up to check on the old break.

Both of these dogs need something good to happen for a change. They both need someone special to help them make their lemonade.

Source: This dog was living out of a car. Can you help?