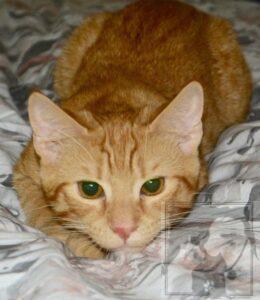 Aside from having my own pets, I have also enjoyed the rewards and the fun of fostering many, many puppies and kittens during my years with the South Jersey Regional Animal Shelter. Along with the good times, there have been moments when those tiny beings have been capable of causing mayhem, destruction and the occasional heartbreak; such are the best things in life.

When it’s time to part with them, to send them off into the world with their new families, I fret over every placement. I find the kittens most difficult to part with because they can be so easily left to their own devices when there are changes in the lives of their human companions, or when it is no longer convenient to care for them. The most recent study I could find was from four years ago, and it found that 1 out of 10 pets adopted from shelters are relinquished within the first year, although I’m sure that doesn’t reflect the cats that are simply put out the door.

If having a pet is not working for the owner, the animal will surely suffer by not receiving adequate care, socialization or training, which may lower his or her chances of being successfully re-homed. The right start for a young pet can be a key to their success in being adopted into a secure home where they can live out their life; that is what our foster program is all about.

My current foster kitten is an absolute keeper! The problem is that I can’t keep him. He originally was brought into the shelter as a 3-month-old stray back in June. He was an adorable, outgoing orange tabby, and we had high hopes of finding him a home quickly. Unfortunately, within a few days of his arrival, he began exhibiting odd movement, little jerky motions and twitching that continued even when he was asleep. Although the staff had named him “Julius” in reference to his classic orange color, I had nicknamed him “Herky Jerky” because of his erratic movements. As upsetting as it was to see him like that, he seemed totally oblivious and was still acting like his normal, playful, loving self. Our veterinarian put him on a steroid and wanted him held for observation; she suspected that it was a reaction to the flea and tick preventative he had been given. He was a staff favorite and the shelter was very full at the time, so I decided to take him home in order to watch him more closely and give him time to recover.

All went well for a couple of weeks. His movements had smoothed out, his steroid was reduced and it seemed the crisis had passed. Then one morning he had a seizure; it took him a couple of hours to return completely back to normal, in that he was lethargic after the incident. The veterinarian put him back on the meds for a couple of weeks and basically said that if he was going to have a problem, it would probably occur within two weeks or so. A month has passed and, thank goodness, he has had no further issues. In spite of his scary start, he has the perfect cat personality. He has just the right amount of kitten orneriness; he is very affectionate but not needy; he is nibby but not annoying; and he shows great social skills with strangers, dogs and other cats.

The problem is, the shelter has 400 other cats and kittens looking for a home as well; what chance does this little guy have? There’s no way to guarantee that an animal will live a long and healthy life even if they’re perfect when they leave the shelter, but “Julius” has a history that may scare away adopters. Chances are he may never have another problem; it’s just a matter of finding someone to take a chance on him.

Source: This kitten needs someone willing to take a risk