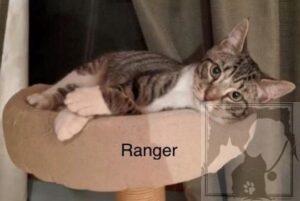 Statistically, for dogs entering the shelter as strays, only about 40 percent of them end up being reclaimed by their owner. As pathetic as that sounds, the cat reclaim rate is generally a horrendous 1 to 3 percent. How can this possibly be?

Sadly, I guess this represents the attitude of disposability that some people take towards their pets.

At any given time, you can walk through the shelter and easily identify many animals that have obviously been living with someone that had been caring for them. Whether it's a matter of their physical condition, knowledge of basic commands or their level of socialization, it's generally easy to differentiate pets that have had a higher level of care and human interaction.

I suppose there are many reasons why owners don't come forward, none of them excusable. If nothing else, they could at least come in and surrender ownership so that the animals could be placed up for adoption right away rather than have to sit out the seven-day mandatory hold period in the shelter.

Right now, without even walking through the kennels, I can think of quite a few dogs that have basically been abandoned. One of my favorites is "Bobby Jo", and quite frankly, in her case I'm glad she is not going back. She's a sweet, mushy girl that has been used as a brood mare. You can see by her physique that she has been bred many times over. She was picked up by animal control way down in Pennsville. A guy came in almost two weeks later from Atlantic County claiming that he had been keeping her at his cousin's house in Salem County and showing a picture of her in a crate and in an advanced state of pregnancy. When he was told that her stray hold had elapsed and that she was now spayed, he said "keep her then" and walked out.

"Caleb" and "Boss" have both been reclaimed from the shelter in the past; their owners have been notified that they are here but have simply never came back for them. "Trina", a beautiful 6-year-old Boxer mix, has been waiting for her owner who had posted her on Facebook when

she lost her. We let her know that the dog was here. She took down the Facebook post and never showed up. This list of lost dogs could go on and on, but you get the idea. I won't even get started on the list of cats that I could pick out as being "owned," but with an average reclaim rate of less than 3 percent it seems futile.

Interestingly, as I am sitting here working on this column, an animal control officer just brought in a little Shih Tzu-type dog sporting pajamas and a fancy studded collar. He actually has a microchip, which would be fantastic, IF, (and that's a big IF), it was registered! We could have this poor little guy back in his home in a heartbeat if the owner or the facility that implanted the chip had put the contact information into the database.

This problem with chips that are unregistered or that have outdated owner contact information happens all the time. Microchips are becoming very common and every animal that comes into the shelter is scanned for one.

Unfortunately, more often than not, the information in the national database is incomplete. Our guy in the cool pajamas had his chip implanted at a Camden County shelter but there is no owner information listed.

It's almost closing time and we have no way to contact the owner, which means at the very least this little dog has to spend the night in the shelter. Given his beautiful condition and fancy jammies, I would bet that there will be one frantic and upset dog owner out there suffering a sleepless night. I think it's a safe bet that he'll be part of the 2020 reclaimed statistics … but stranger things have happened.

Source: Too many owners don't reclaim their pets