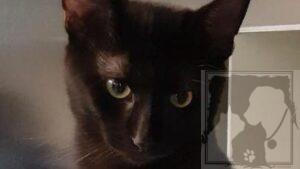 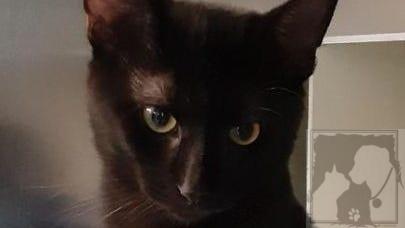 With this weekend’s upcoming Halloween celebrations, I thought it would be timely to talk about one of the most recognizable characters associated with the holiday; the black cat.

It seems odd that these ebony creatures were revered by the ancient Egyptians and yet vilified by Europeans in the Middle Ages who considered them a symbol of the devil. For three thousand years early Egyptians worshipped cats; they were depicted as deities, glorified in their art and sculpture, considered protectors of the pharaohs and even mummified and buried in cat cemeteries!

Fast forward several centuries into the Middle Ages, sail across the Mediterranean Sea and you’ll find a very different scenario. The Europeans distrusted them intensely and saw them as an instrument of the devil. 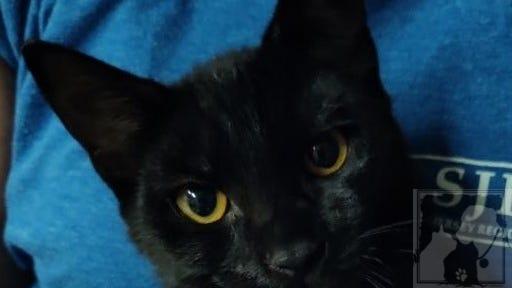 The cat population exploded in the cities and these dark creatures with their nocturnal meandering and glowing eyes became a source of fear and superstition. My favorite belief from that era was that should a black cat cross your path without doing harm, you were somehow under the protection of the devil himself; not a good thing!

But here’s the best part; in order to reverse your bad luck, you were to walk in a circle, go backward across the spot where your path’s intersected and count to 13!

Now let’s fast forward to current times and talk about some simple misconceptions about cats in general. Let’s start with the belief that cats always land on their feet; mostly, but not always. Cats have what’s called a “righting reflex” and incredible flexibility and agility, so they are normally able to land safely on all fours. They’re not always so lucky though, falls from windows and balconies can cause severe injury and even death.
A purring cat is a happy cat; once again, mostly, but not always true. The purring noise and the vibration that’s produced comes from their voice box which twitches as they breath. It’s a calming sound that is comforting to us cat lovers as well as the cats themselves; and that’s where the difference lies. Cats that are in pain or not feeling well may also purr in order to sooth themselves.
Cats can see in total darkness; nope, not true. They can, however, see in very, very dim light because their eyes let in more light than that of a human. Their irises open wider than ours, their eyes are designed to magnify light impulses better than ours and they have a highly developed reflective area in the back of their eyes. That reflective area is what gives their eyes the “evil glow,” LOL!
Finally, cats have nine lives; if that were true scientists would be working night and day to learn their secret! The interesting thing about this myth is that its origins are unknown and yet it is alluded to from the pyramids of Egypt, to the proverbs of early Europe and in the plays of William Shakespeare.

What I love about all these things is that they speak to the role that cats have taken in the course of human history; that they have been an influential part of lives since time immemorial.

Maybe it’s time to make a shelter cat part of your life?

Source: What are some common myths and misconceptions about cats?