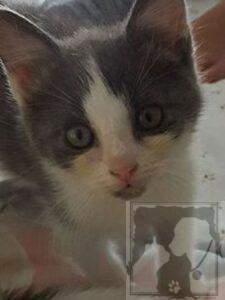 A Centers for Disease Control and Prevention report states approximately 4.5 million people are bitten by dogs, and an additional 400,000 by cats, annually in the United States. These are only the cases that are reported; undoubtedly, there are many other bites that either did not require medical care or were omitted from the records that the CDC uses to compile its data. These statistics do not include bites from other species or serious scratches that require medical care.

Whether a bite or scratch from an animal seems serious or not, it should always be cleaned immediately and thoroughly. Aside from the outside risk of being infected with rabies, of those 4.5 million dog bites, 900,000 of those victims end up with infections from their wounds. Cat scratch fever results in about 100,000 hospital visits each year. These statistics alone should be enough to convince you to take animal-related injuries seriously. But I also want to make you aware of a recent change in Trenton that makes it more important than ever that you report any encounters resulting in open wounds from animals, especially those from animals that may not be vaccinated against rabies.

Let’s start with the general process. When a person suffers an open wound from an animal, it should be reported to the local health department; doctor’s offices and hospitals are actually required to do so. At that point, in the case of a domestic animal that is in the hands of its owner or has been impounded at a shelter, the health department puts a 10-day quarantine hold on the cat or dog. The animal is observed during that period for any signs of illness that might indicate rabies. If the offending animal is a wild animal that can be captured, or a domestic animal that is showing signs of illness, the health department may determine it should be tested for rabies. In New Jersey, from Jan. 1 through June 30 of this year, 78 animals tested positive for the disease: Raccoons were first, with 48 infections; skunks, second with 12; and cats, third with 11.

Here’s where the change comes into play. In the past, samples from the infected animals were sent to labs in Trenton and the results would typically be back in two days. Due to some change in the preparedness of our state lab, samples are now sent from Trenton to an out-of-state lab and the results are not available for about five days. This is significant because if you suffer a scratch or bite that breaks skin by an animal that may have rabies, you must start treatment by having a series of rabies vaccines within three days of the bite.

A couple of weeks ago, one of our staff members at the Cumberland County Society for the Prevention of Cruelty to Animals was scratched on a Thursday by a kitten that came had come in with some neurological symptoms. The local health department responded accordingly, and this was the first we learned of the delay in receiving test results. The kitten tested negative, but it was the following Wednesday before word came back from the state, and our technician already had to start the human vaccine series.

Please keep your own animals current on their rabies vaccines and be quick to address any open wounds from animals that you or your family might suffer.

Source: What to do if a dog or cat bites you