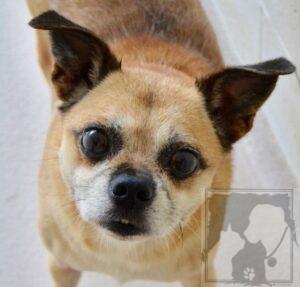 On top of the normal onslaught of incoming stray animals during the summer months, South Jersey Regional Animal Shelter also had to provide care for pets whose owners had passed away or become incapacitated. Most of us find it difficult to think of ourselves laid up by injury or illness, or heaven forbid, pushing up daisies; but these things happen, and having a plan for your animals is extremely important. Think of the trauma that pets go through when they lose their human companion, only to have that anguish compounded by finding themselves in a shelter environment because they have no place else to go.

Last week, an elderly gentleman from our area was found deceased in his home; his only relative lives in Vermont. We also learned that his wife had passed away earlier this year. Animal control had been called out to remove the animals from the property when the death was discovered. The couple had one dog and seven cats, although one cat was not immediately found. The animals had been in the house for a few days without care, as the fate of the owner had not been discovered immediately. The owners had no will; no plan was in place for the pets, and the relative was not in a position to take any of them.

“Jango” is a 7-year-old Chihuahua mix; he was very upset and nervous when he arrived at the shelter. Once we established that no caretaker was coming forward, we put him in a foster care home so that he could recover from his shock and distress in a calm, peaceful atmosphere. He is actually very lucky; as a small-breed dog, he will be adopted out easily.

His feline companions are not nearly so fortunate. The six cats that were impounded are all seniors. Five of them are big fat cats; the other is thinner but she has no teeth, so I think it’s safe to say that she is elderly. You can imagine the difficulty in trying to find homes for these poor cats, especially when the shelter is brimming with dozens of adorable, little kittens. It is surprising the number of people who will take on a senior or hospice dog, but few and far between are those who will take on cats in those situations. The seventh cat wasn’t found until the relative came down to make funeral arrangements, but luckily she is taking that one back up north with her.

This particular case is just the most recent of several that have occurred these past few months. It is particularly vexing because of the number of animals and because of the challenge that their age presents. We also have no history, medical or behavioral, and no names other than that of the dog.

I hate to bring up morbid thoughts, but I hope you will take this story to heart and make a plan for your pets should anything happen to you. At minimum, you should have the name of a local emergency contact in a readily accessible spot along with a folder containing your pet’s veterinary records. At best, have a person designated who is willing to take on temporary or permanent care of your fur babies. Plan for the unexpected, plan for the welfare of your beloved pets and plan for your own peace of mind.

Source: What will happen to your pets when you die?