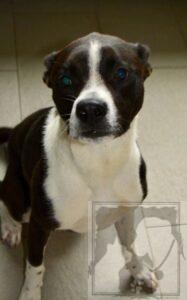 Now that our organization is no longer investigating reports of animal cruelty, there has been some confusion on whom to call when people have concerns about an animal’s welfare. If you suspect cruelty or neglect of a pet, your first call should be to your local police department. At that point, the initial response will probably be handled by the municipality’s animal control officer (ACO), and either corrected or turned over to a police officer if prosecution is required. The Cumberland County Prosecutor’s Office along with our state and local police departments are working hard to meet the demands of this new caseload. It will require an adjustment period as these agencies must receive training in regards to the statutes and acquire knowledge and assistance with pet health issues.

The ACOs in Cumberland and Salem counties are experienced professionals in companion animal welfare and laws. Although they do not have, and have not had, the authority to enforce animal cruelty laws, they have the knowledge to handle the preliminary stages of an investigation and call in the necessary powers. They are also responsible for laws and ordinances pertaining to licensing, animals running at large, bite cases, and lost and found pets.

In the past few weeks, there have been a couple of cases that involved pets that were found and assumed by their finders to be victims of neglect – two skinny dogs, to be exact. In one case, the dog was taken to a vet by the finder, where it was determined to be old and sickly. The ACO was called and the dog was transported from the vet’s office to South Jersey Regional Animal Shelter with a load of medications. Within an hour of arriving at the shelter, the owner had been identified and had proof that the dog was already under veterinary care. It was unfortunate that the dog had to go through being lost, found, taken to the vet and taken to the shelter before he made it home, but in the long run, the system worked.

In the second case, a dog was found and plastered all over social media as being skinny and in bad shape. The posts were forwarded to the ACO, who then instructed the finder to provide the address where it could be picked up or to take the dog to the shelter themselves the following morning. A day went by … no dog, no call. Two days went by … no dog, no call. The ACO was also blocked from the social media site of the finder. In the meantime, the owner had called in a lost report, but the ACO had no information on the finder. It turned out that the owner had recently acquired the dog and actually had been working to address his weight and health issues. For four days, the ACO investigated the identity of the finder and was able to locate the individual, who then lied by stating that the dog had run off and was no longer in their possession. At that point, a police officer had to get involved because the owner had gone to the police station and made a potential theft report. In this case, it took the threat of arrest in order to have the dog reunited with the owner.

To sum this all up, please keep these few things in mind:

Source: What you should do if you suspect animal cruelty