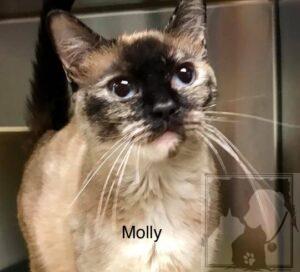 I ran into an old friend recently, and as always the conversation quickly turned to animals. She was concerned about the prevalence of "all these designer breeds."

Her neighborhood, it seems, has been inundated with all sorts of "doodles," a common name for multiple breeds mixed with poodles. The most common are the labradoodles and the cockapoos, which have been around since the 1950s and 1960s but have become extremely popular over the past few decades. Now we have maltipoos, schnoodles, yorkipoos, pomapoos, bernadoodles and bassetoodles ... just to name a few.

All dog breeds were originally created by people trying to genetically engineer particular traits in dogs, both physical and behavioral. Sometimes this is a good thing; it has helped create dogs that protect us and other animals, some that perform specific duties such as search and rescue, and dogs that assist in law enforcement. There are dogs such as the poodle and all the doodles that are hypo-allergenic, which allows many people whose allergies would not allow them to be around dogs to have them as companions. There are many motives for refining and designing the breeds, but the thing to remember is that it is only done for the gratification and purposes of humans; and this is where things can go very wrong.

I read an interesting paper on the history of specific dog breeds and how they have been altered over the past century. There were pictures of German shepherds without the sloping back end, boxers with longer snouts, Bull Terriers with heads not shaped like footballs, English bulldogs with longer legs and less wrinkles, etc. All of these changes were made in the name of aesthetics.

Last week, an animal control officer from Salem County brought in a dog we call "Rosie" that is known as a "toadline bulldog."

These dogs are most probably a mix of a French, English and American bulldogs. They are purposefully bred down in size to the point that their legs are so short and their chests so deep they nearly scrape the ground. Aside from the usual respiratory issues suffered by animals with extremely short snouts, their front legs are turned in at the paws and extremely bowed out at the shoulder. They often suffer neurological issues, which compromises the way their back legs work. They are prone to skin and joint issues, osteoporosis, cherry eye, poor eyesight and short life spans of three to five years. And why are they bred like this? For looks alone.

Rosie has been overbred; it is obvious that she has had many litters. She came in emaciated and in heat. She was suffering earmites, entropion, conjunctivitis, ocular and nasal discharge as well as poor mobility. We had her treated by the vet, cleaned up and placed into a foster home within a few hours of her arrival where she can be tended to and loved until she can move on.

I will be the first one to admit that I love the diversity and the beauty of purebred dogs. I am fascinated by the particular talents and character traits specific to certain breeds. I love the richness of a full coat, the muscular magnificence of the working and sporting dogs, the keen intelligence of some dogs and the adorable goofiness of others. People will always want dogs. Right, wrong or indifferent, there will always be a market for them.

The question is, where do we draw the line at what we think is aesthetically pleasing and what happens when that desire flies in the face of the health and well-being of the breed? In the case of Rosie and the rest of the "toadline," there oughta be a law.