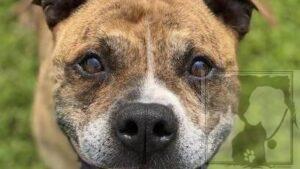 Here at the shelter we are very versed in handling pets that have been the victims of abuse and neglect. Through the years we’ve seen animals that have suffered everything from cruel abandonment to outright torture.

At this moment, we are dealing with some dogs that are victims of a different sort. They are the pets of people whose lives have been snuffed out or horribly altered by violence. A drive by shooting, a murder/suicide, a domestic altercation resulting in serious injury; all leaving innocent pets homeless in their wake. It’s rather scary. It feels as though we are a facility located in some big city where these things occur with deeply disturbing regularity.

It’s hard to know the depths of the fear and confusion that these animals must be going through. One minute they are with their families and the next there are loud sirens, uniformed people in their homes, emergency medical technician’s touching their owner. Then, the animal control officer comes to remove them from their home. After a car ride in a crate in the back of a strange vehicle with unfamiliar smells, they are dropped off at the shelter, where they have to endure yet another round of the unknown.

One of the dogs that came in from a crime scene had the blood of the victim all over his fur and had to be bathed immediately. This poor thing was a closeup witness to the gunfire and the demise of his beloved human companion. How can we, strangers in a strange place, ease the anxiety that a dog like this must be experiencing?
Our hearts break for them as our staff tries to do everything possible to calm and reassure animals brought under these types of circumstances. This is a difficult task after these animals have suffered such trauma and then delivered to, what is to them, a chaotic and unfamiliar place. Sometimes they will allow us to cuddle and soothe them. But others are too traumatized and frightened to be handled right away. The most we can do for them is to give them a quiet spot with a comfortable bed and time to adjust.

Some of these pets will be reclaimed by family members and at least be able to go back to something familiar; others will need to be rehomed.

We are not at liberty to discuss the circumstances of some of these innocent victims, however, we do have two that have been released for adoption. Jada Fawn and Garth have been through one of these horrible situations. But they are here, wagging their tails, ready and waiting for some special person to come rescue them.

Source: When humans are victims of violence, their animals become victims too