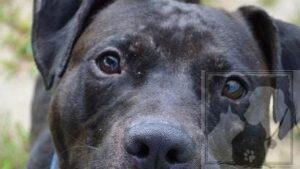 Because of time constraints and deadlines, this column is being written on Friday, the day before the BIG event. Tomorrow, August 17, is national "Clear The Shelters Day" and the excitement in the air among the staff is palpable.

The event has been publicized all over the country and tomorrow has the potential of being our most successful day ever in pet adoptions. It's the middle of August, we are at max capacity, even our foster homes are brimming over with pets waiting for their permanent homes. For some of the cats and dogs that have been here the longest, this could be their best chance of a ticket home.

Remember Prometheus, the cat that had his tail set on fire back in June? He was fortunate to get picked up by a rescue organization but the three kittens that came in with him are still here, seven weeks later. Cronus, Apollo and Helios are gorgeous, playful and affectionate. Yet, they have been passed over time and time again in the flood of other kittens here at the shelter. They're only four months old but they have literally spent half of their lives here. Will tomorrow be their big day? Will all three find a home or will someone be left behind?

Rhonda is a gentle old soul that has been in residence since the middle of March. She's just a plain, older black and white pit mix that seems to escape the attention of potential adopters. When she first came to the shelter she was thin, tick-infested, suffering from intestinal parasites and quite shy until she got to know you. She's blossomed into a staff and volunteer favorite with her calm and accepting temperament. She just needs someone that would let her become the love of her life; maybe tomorrow?

Felicia's story will tear your heart out. She and her sister ended up at the shelter back in April when their owner suddenly and unexpectedly passed away. The two cats had been found as tiny infants and had to be bottle fed by their new mom. For six and half years they were her constant companions, her spoiled babies; but now she was gone and they had no place to go. Felicia and her sister, Kitty, were terrified when they first got here having never known anything other than life with the lady that had raised them since before their tiny eyes were even open. Kitty was more fortunate, she was adopted within the month, but Felicia is still waiting, sad and alone without her beloved family. Could her long wait for a new family be over tomorrow?
Kenya is another plain, black and white dog that can't catch a break. He's been here since the beginning of April after the landlord made his owner give him up. He is an absolute clown! He's very smart and loves to trick people into thinking he has his great big ball stuck on his tooth so that they'll offer him a treat in order to get the ball out of his mouth. He has been laying in his kennel, patiently waiting for four months for someone to recognize how great he is. Will tomorrow be his day to shine?

I could go on and on with this list of pets that are desperately in need of a home. For the past two weeks the staff and volunteers have been crazy busy getting all of our animals cleaned up, fixed, vaccinated and ready to roll! It feels like the day before Christmas around here ...

Bios are hung on the cages with care

in hopes that adopters soon would be there.

The "children" are nestled all snug in their beds

while visions of home life dance in their heads.

By the time you read this it will all be over. By this time next week, I hope I will be writing success stories.

Source: Hoping so many deserving pets have found a home