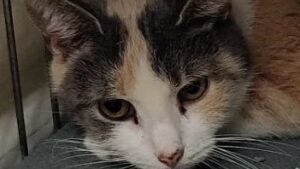 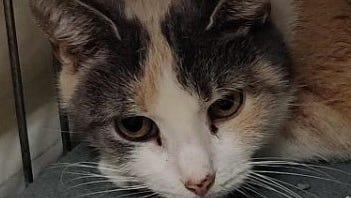 In this column we often talk about the importance of having identification on pets; the most secure form being a microchip. The following is the perfect example of how a chip helped reunite one very lucky cat and her owner.

Back in March 2019, a gentleman came into the shelter looking to adopt a feline friend. “Meatball” stole his heart with her gorgeous grey coat and kitten like antics. At 6-months-old, she had been brought in as a stray from Salem County and was suffering from a minor case of malnutrition and dehydration.

Meatball was friendly, which meant that someone had been caring for her and socializing her, but something in her circumstances caused her to be reported to the animal control officer. Whatever happened to cause that, her luck seemed to have changed when Ryan walked in and fell in love with her.

Fast forward two and one-half years. Ryan’s circumstances change and in September of this year, he moves from South Jersey to Ojo Sarco, New Mexico. The day he arrived at his temporary residence, his beloved girl got loose and ran off into the wilds of the Sangre De Cristo Mountains. His searches proved fruitless and after a few weeks, he was convinced that she had become the victim of one of the many types of wild predators that live in the area.

Certainly, a domestic cat that had lived all of her adult life inside a house would have no chance against the mountain lions, bobcats and coyotes of the wilderness. 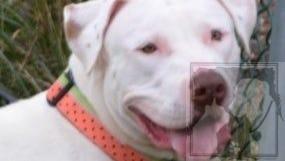 A few months later Ryan was settled into his permanent New Mexico residence, a couple of hours away from where he had lost Meatball, when he got a call from a veterinary clinic just outside Ojo Sarco telling him that they had a cat with a microchip registered to him. The clinic put him in touch with the lady that had found the cat and Meatball’s story began to unfold.

After being attacked by some unknown animal, Meatball limped into the yard of a house about a mile away from where she had escaped from Ryan. She was petrified and wouldn’t immediately approach the lady that lived there, but the woman fed her and worked on getting closer to her over a period of time. Finally, when Meatball figured out that she could trust this kind woman that was caring for her, she was whisked off to the vet to evaluate her injuries. It was during this visit that a scan was done to check for a microchip, and low and behold, the little indoor cat from South Jersey had survived the wilds of New Mexico’s mountains and was about to be reunited with Ryan.

Little Miss Meatball probably used up one or two of her nine lives while she was living amongst the lions and bears, but she’s back livin’ large and safe with Ryan in Albuquerque thanks to a microchip that was implanted when she was adopted.

Source: The story of Meatball or why you should get a microchip for your pet!