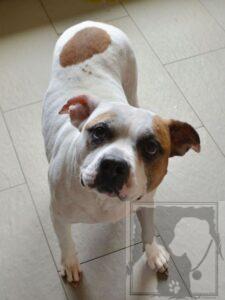 Over the past several years, pet insurance has become more and more popular. There are now a dozen insurance companies in the U.S. that offer policies for cats, dogs and even some exotic pets. Like all insurances, I’d rather stick hot needles in my eyes than try to understand how and when they kick in, and how much should be invested in them. Unless you choose a purebred pet, such as an English Bulldog, that is almost guaranteed to need lifelong extensive veterinary care, it’s a gamble as to whether it will be worth it in the animal’s lifespan.

I mention English Bulldogs because they can be one of the most expensive breeds to own – a factor that should be seriously considered when choosing a pet. Bulldogs are bred to be brachycephalic, or extremely short-snouted, which can result in respiratory problems and skin issues in the folds around their mouth. Their common problems also include severe skin allergies, eczema, degenerative spine disease, cherry eye and hip dysplasia, just to name a few. People love their sad, pushed-in faces, their broad shoulders and short stubby legs, but these are the things that set them up for big problems.

Last week, one of the animal control officers brought in a stray bulldog who is as sweet as he can be, clean and in great weight. He also has nice white teeth, which led us to believe that he was a young adult. Unfortunately, he suffers from terrible cherry eye (a prolapse of the third eyelid in dogs), a skin infection and a tail that needs to be amputated. Once the owner was found, we learned that the dog was actually 8 years old and had not been to a vet in six years. He was obviously much loved in that he was a highly social, happy dog. His weight and dental health also attested to the fact that his basic needs had been well attended to. When asked why his medical issues hadn’t been addressed, the owner stated the lack of funds for veterinary care.

His misfortune in being picked up by the dog catcher and ending up in the “pokey,” so to speak, turned out to be a stroke of luck for him. We’re working on finding the resources and advocates needed to get his medical issues addressed and to make sure that he’s monitored regularly. Whether that happens through his owner or through rescue has yet to be determined, but either way, he will receive the care that he needs.

English Bulldogs are one of the breeds whose medical challenges are extreme, but any time you are considering a specific breed it’s imperative that you understand as much as possible about the health issues that may be common to them. Being ill-prepared for such considerations often leaves pets suffering poor health, and gets owners in over their heads financially. For breeds who are predisposed to medical issues, pet insurance is a no-brainer and could be the difference between putting down a pet and being able to afford expensive veterinary services.

Plans generally cost anywhere from $10 to $40 per month, according to what coverage you choose, but can be more expensive for some pure breed pets. There are plans covering only accidents/injuries, which are on the cheaper end; plans that cover illness and disease in the mid-range; and those that cover all conditions at the high end. Premiums also may be affected by gender and the cost of living in your area. Whether you choose to insure your pet or not, it’s always a good idea to set aside money for both regular veterinary care and the unexpected. Annual costs including office visits, vaccines and parasite treatments can run a few hundred dollars in and of themselves. There are good resources for comparing plans on the internet, and your vet’s office may be able to offer some advice as well.

Source: What you need to know before getting a dog